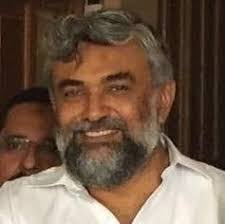 As per details, the SHC heard the constitutional petition of Altaf Shakoor in which he has challenged the act of Sindh Chief Minister to appoint himself as the chancellor of government-run universities of Sindh in place of Sindh governor, through an amendment passed by Sindh assembly hurriedly when even its quorum was not complete.

He said the PDP would continue its struggle to end political interference in education sector and root out corruption to save the future of our young generations. He said the education sector is on the verge of collapse in Sindh due to wrong and biased policies of Sindh government. He said the 18th amendment has not given any fruit to megacity Karachi and its citizens so far. He said we are determined to get the status of Charter City for Karachi so that its lingering economic, social and administrative problems could be resolved.

Pasban lawyer Advocate Irfan Aziz said on the occasion that the education sector is in shambles in Sindh because the Sindh rulers wanted to promoted illiteracy instead of education. He regretted that recently a student committed suicide because he had no resources to pay the fees of NED University.