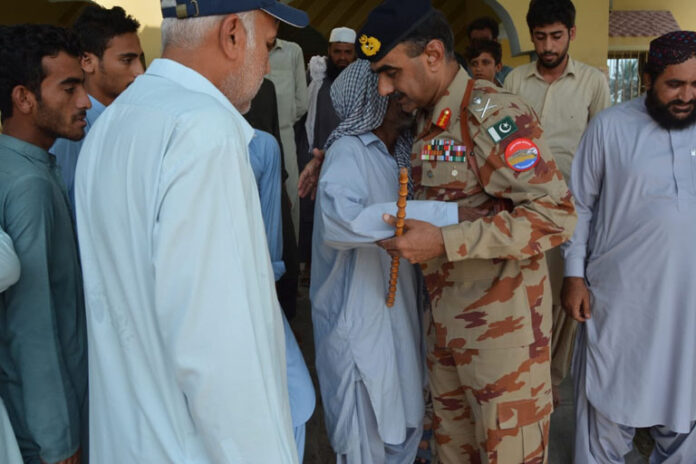 Quetta,(Parliament Times): FC Baluchistan isssued a press release stated that the FC soldier has been handed over to Police until preliminary departmental inquiry take place.

In a press release issued here in Wednesday, spokesperson mentioned that tragic incident took place in Turbat Absar where terrorists targeted the FC convoy with IED and 3 personnel including an FC subedar were seriously injured.

It was further stated that people present in the area including Hayat Baloch were being questioned during the interrogation at the time of the attack. Suddenly Naik Shadiullah opened fire in a very irresponsible manner as a result of which a young student Hayat Baloch succumbed to his injuries on the spot. The other soldiers overpowered the accused and seized his weapon.

Presser maintained that upon receipt of the preliminary departmental inquiry, the IGFC immediately issued orders to hand over the accused to the police. As far as the FC’s sincere thinking as an institution is concerned, it can be gauged from the fact that 2 hours after the incident, the accused was handed over to the authorities by the FC itself before being nominated by the police.

“Although the nature of the crime was individual, FC Balochistan as an organization strongly condemns this tragic incident and the IED blast by the terrorists and shares the grief of the victims equally.” spokesperson added. We have a responsibility to protect the dignity and lives and property of our citizens and such tragic events cannot shake our resolve.

FC Balochistan will always stand by without any discrimination. We assure that FC as an institution will not only punish the terrorists involved in the installation of IED and the accused involved in the murder of Hayat Baloch and take all possible steps to prevent such incidents. Presser cautioned that no individual or terrorist organization will be allowed to disturb law and order in Balochistan and the countless and eternal sacrifices of FC Balochistan will not be allowed to be in vain. FC also appealed to citizens that now that both the incidents have been dealt with in accordance with all the transparency requirements and law, the country should not become a tool of hostile elements.

The day of judgment of India and Israel are approaching fast...

Masood calls for Muslim unity to end plights of Palestinian and...