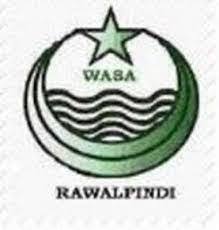 Rawalpindi:    Water and Sanitation Agency (WASA) has decided to make it mandatory to construct 2 water tanks in homes, plazas, markets and government buildings for the conservation of rain water.
The rain water would be used for growing plants and washing vehicles.
Clean water would be used for drinking, washing utensils and performing ablution.
Millions of gallons of water would be preserved with the decision.
It will be made binding on all washing centers to bring to use stored water and establish water recycling plants.
Managing Director (MD) WASA had proposed this idea which has now been materialized.
No house or plaza would be allowed to be constructed owner does not follow this decision.
WASA would first take the initiative by establishing a water tank in its office and this process would be adhered to in other government institutions then.

PTI will win with majority in AJK: Asghar Qureshi

Pakistan calls for judicial inquiry under international scrutiny into the extrajudicial...

US military strengthens deployment in Syria