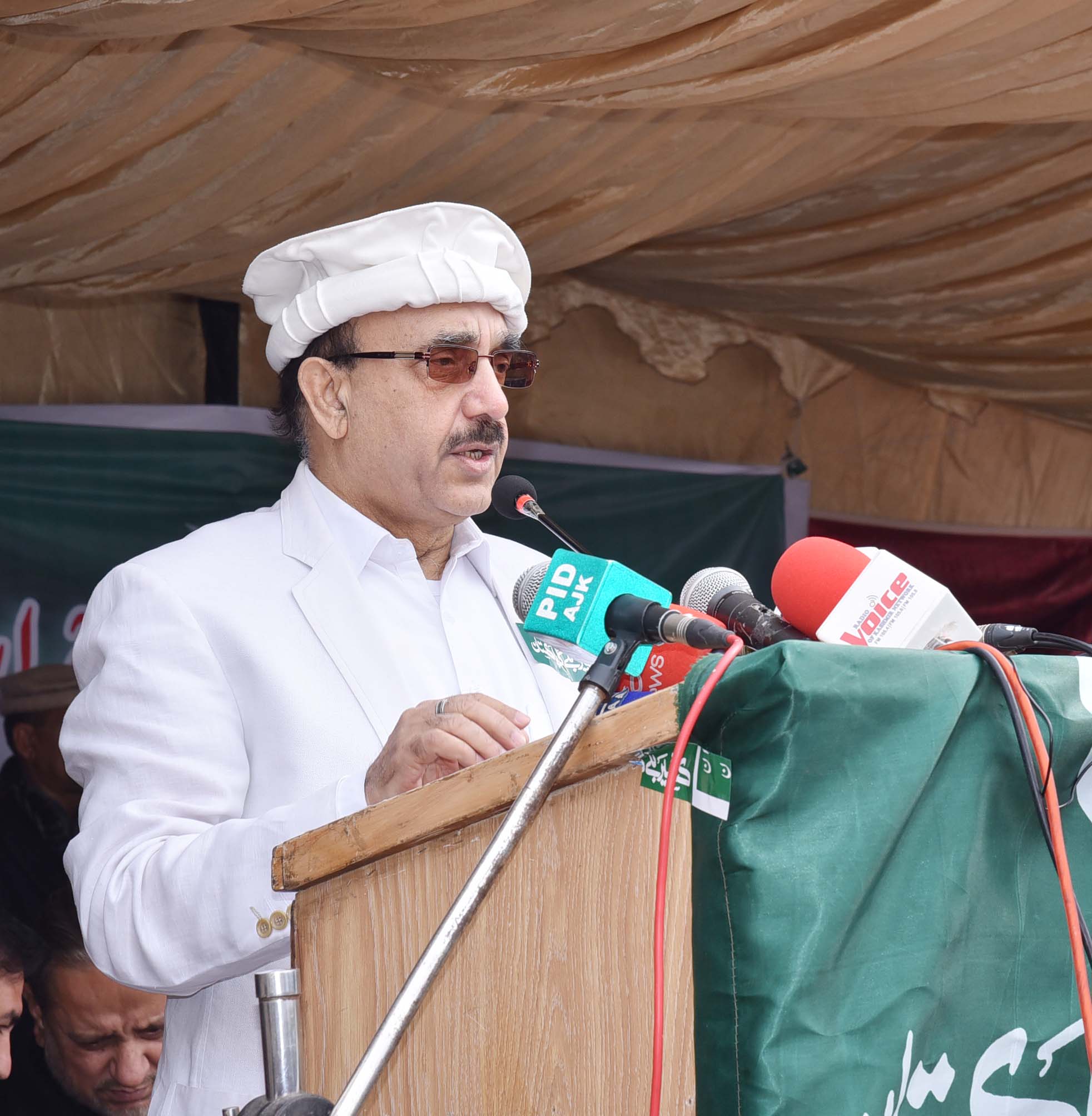 He expressed these views while addressing a function held here on Wednesday to mark the 52nd death anniversary of veteran Kashmiri leader Chaudhry Ghulam Abbasi, who is regarded as one of pioneer leaders of Kashmir’s freedom struggle.

The AJK president regretted that the mission started by late Chaudhry Ghulam Abbas in his young age, could not be accomplished even after more than 70 years. He described the late Kashmiri leader as a close aide of Quaid-e-Azam Mohammad Ali Jinnah, and said that the founder of Pakistan had great confidence in Chaudhry Ghulam Abbas.

The State President said that we will have to bury the hatchet by setting aside our political differences and revive the spirit of 1947 to achieve our goals and to make Kashmir’s liberation struggle a success.

“We had liberated 84,000 square kilometers area of Azad Kashmir and Gilgit-Baltistan from the Dogra and Indian Army, approved more than one dozen resolutions from the UN Security Council and had been able to get Jammu and Kashmir recognized as a disputed territory, all when, Pakistan was a nascent state struggling for its existance” he said.

Sardar Masood Khan said that August 5 actions by India was military invasion of Kashmir, and it can be countered with not political and diplomatic moves but military strength.

“How naive we are that the RSS chief Mohan Bhagat is imparting armed training to hundreds of thousands of young boys and girls to prepare them to attack on Pakistan and Azad Kashmir, but we are seeking help from the United Nations and other powers”. He said that we must not overlook the enemy’s planning and conspiracies against the security and integrity of our country.

The AJK President regretted that India had perpetrated an unimaginable reign of terror in the held territory for the last five months. More than 13,000 youth have been rounded up, and put behind the bars where they are being subjected to the worst form of torture.

“The Indian Army is humiliating our mothers, sisters and daughters, while occupied Jammu and Kashmir State has been bifurcated, and after annexing it with the Indian Union, it has been downgraded to the level of a municipal committee,” he added.

Failure is not the End

The Peril of current inflation in Pakistan