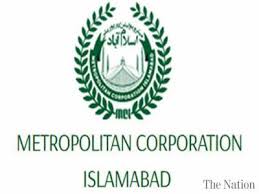 According to media reports, the citizen from Islamabad staged a protest against increasing property taxes by Metropolitan Corporation Islamabad (MCI) . The citizen demanded of government to take notice of increase in taxes.
It is pertinent to mention here that, the MCI assembly had approved enhancement in tax on December 17, 2018 during meeting and accordingly property tax was increased from 30 to 50 per cent. In case of non- payment of tax till due date then the citizens are required to pay fined by one and half percent of property tax.
According to the sources that, No survey was conducted for increasing tax and nor feedback was sought from public but tax was spiked with adding financial woes of the general public.
On the other side MCI have enacted neither any rules of business nor rules of establishment. The citizens said that MCI which is running without rules and regulations is not authorized to enhance taxes.
The chief Commissioner office directed MCI chief municipal that last date for paying property tax be extended till October 30. While last date for payment of property tax has been set September, 30 by MCI.