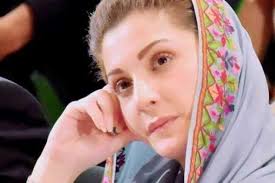 ISLAMABAD: The Election Commission of Pakistan (ECP) has set May 27 to take up the plea of Pakistan Tehreek-e-Insaf, challenging the appointment of Maryam Nawaz as vice president of the Pakistan Muslim League-Nawaz (PML-N).
As per details, the petition was scheduled for preliminary hearing by the ECP.
The petition filed last week by PTI’s National Assembky members Farrukh Habib, Maleeka Ali Bokhari, Kanwal Shauzab and Javeria Zafar contends that the daughter of former premier is convicted in the corruption reference, in this regard, she is not eligible to hold any political or public office.
“The Constitution has deemed that those who have been convicted of certain class of offences must be prohibited from being part of the parliamentary, legislative and political process. Respondent no.1’s [Maryam Nawaz] notification as vice president of the PML-N flies in the face of the constitutional intent and must be set aside. It would be paradoxical if office-bearers that were to regulate the members of the political party did not have to meet the qualifications under the Constitution,” the petition reads.
PML-N president Shehbaz Sharif, on May 3, announced to appoint Maryam Nawaz, party supremo Nawaz Sharif’s political heiress, as vice president.

September 23 a black day, a day of murder of justice: Dr Fowzia