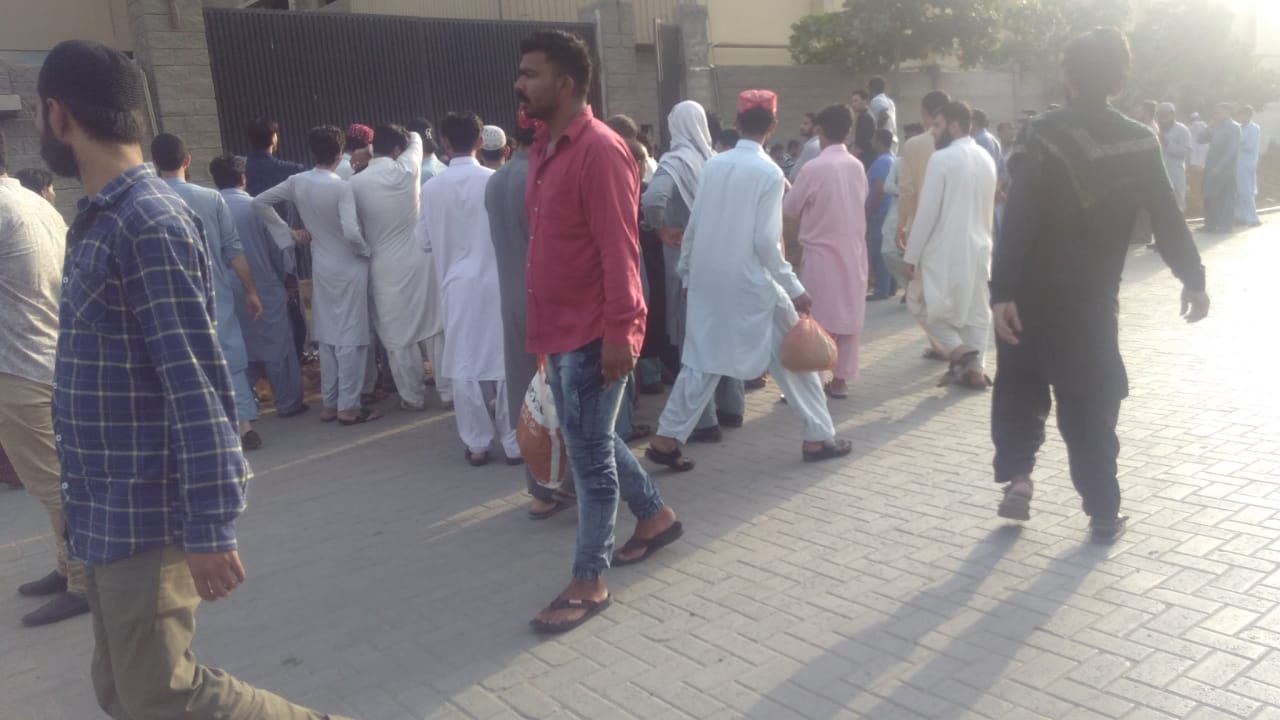 Seek government’s help to get their rights,

Pertinently, the workers have not been paid their monthly salaries for the past two months.

Meanwhile, Rangers and police contingents reached the spot and after negotiating with labourers and cleared the route. Later on the protesters went to the main gate of factory wherein they chanted full throated slogans against factory administration. On that occasion Bin Qasim Police Chaoki Incharge tried to mediate between labourers and factory management but administration of factory totally refused to accept demands of labourers and threatened them to end strike if not they will be fired from jobs.

Talking to media men at Awami Press Club Malir the protesters Abdul Salam, Asadullah Memon, Ahmed Mir, Muhammad Abid Kashmiri, Sharyar, Iftikhar Ahmed and others said that Factory Management has stopped 2-month of salaries of workers without citing any reason. “We were lured that the salary will be paid at the end of next month besides getting additional compensation of 5 thousand rupees per worker through their bank accounts”, they said adding that the factory administration was now giving direct threats that whosoever will protest will be stuck into fake cases. They further said that their family members were at the risk of starvation in this holy month of Ramdan as shopkeepers have ceased to lend them things on differed payments. They appealed chief minister of Sindh, Labour Minister Murtaza Balouch to take urgent note against Denim factory and help them to get their rights.

September 23 a black day, a day of murder of justice: Dr Fowzia

Parliament Times - September 23, 2020 0
By Rafiullah Mandokhail ZHOB: Like elsewhere in the world, International Pashtoon Culture Day also celebrated with full fervor and enthusiasm here in Zhob and other...