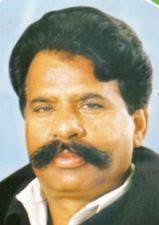 According to details the minister had given chance to these four officers for personal hearing to prove themselves innocent in the light of inquiry committee report and its recommendations. They were accused of embezzlement of official funds in the project of construction of Kashmir Complex Karachi. Kh. Abdul Basit and Malik Abdul Waheed were found involved in corruption therefore the minister issued orders for their punishment while the two others Ch. M. Arif and Raja Muhammad Maroof Khan were absolved in the corruption case.

Meanwhile the minister told varioius delegations that called on him that after clearance of inclement weather he would visit various districts to see the work of ongoing development projects and take views and impressions of local people on them. He would also assess the progress made by the contractors on the projects. He said PML-N government of Raja Farooq Haider Khan has issued special directions to ensure that the ongoing development projects are carried out transparently and monitored effectively for their timely completion.