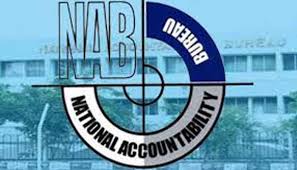 ISLAMABAD: (PR) Denying media reports, NAB has said that Mian Javed was sent to jail two months ago on Oct 23, 2018 in good health on Judicial Custody. Mian Javed was died in Services Hospital , Lahore in Judicial custody.
It is worth mentioning that Chairman NAB has issued strict orders that the accused must not be handcuffed during NAB custody which is being strictly adhered to. NAB is making sincere efforts to eradicate corruption from the country. NAB’s performance has acknowledged by reputed national and international organisations from time to time.
Despite clarification by NAB, baseless propaganda against NAB is aimed at damaging NAB’s image and reputation. Expressing dismay, NAB has said that NAB’s each step is in accordance with law and Constitution and it will continue to work as per law. NAB strictly adhered to avoid breaching self respect of accused persons.

Pakistan ranks 4th in Diabetes, 92 people die from NCDs in one hour: Munawar

Parliament Times - April 15, 2021 0
Barkatullah Almost everyday, we get the news of coronavirus in the country that cases are increased and death toll can be more than even thousands....

Pakistan ranks 4th in Diabetes, 92 people die from NCDs in...