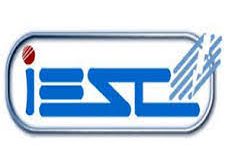 Our mission is to eliminate power theft culture from the region ; IESCO Chief

List of the Examination staff gets viral on social media

Rawalpindi: The Board of Intermediate and Secondary Education (BISE) Rawalpindi has announced its scheduled result of class 9th.
Punjab Boards Committee of Chairman (PBCC) had fixed today’s date for the announcement of the board result, sources said on Monday.
According to details, a total of 119,913 candidates appeared in the board examination, of which 66,133 were declared passed and 53,765 failed. The pass percentage of the exam remained 55.16 per cent.
According to Controller Examination Abid Kharal a total of 121,407 candidates had submitted their admission forms, of which 1,292 remained absence. As many as 56,761 boys and 64,646 girls appeared in the exam.
As many as 104,090 regular and 17,317 private candidates appeared in the exam.