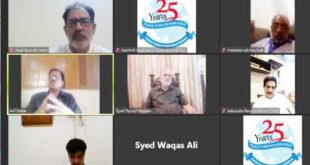 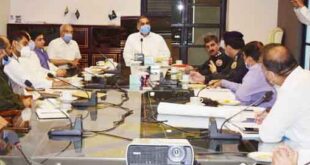 ISLAMABAD: The SecuÂ­rities and Exchange ComÂ­mission of Pakistan (SECP) has submitted records of the Hudaibya Paper Mills to the joint investigation team (JIT) probing allegations of money laundering by Prime Minister Nawaz Sharifâ€™s family, sources privy to the investigation told Dawn on Monday.

The JIT also examined a written statement from Qatarâ€™s former prime minister, Hamad bin Jassim bin Jaber al-Thani, which he had sent in response to a letter from the JIT sent to him earlier this month.

The sources said that Abid Hussain, SECPâ€™s executive director and head of the department of corporate supervision departmentâ€“company law division & professional development department, had handed over the Hudaibya Paper Mills records to the JIT.

The paper mills case looks at money laundering allegations against the prime ministerâ€™s family, and the records handed over to the JIT includes a confessional statement recorded by Finance Minister Ishaq Dar in 2000, in which he had â€˜confessedâ€™ to laundering Rs1.2 billion and opening fake bank accounts at the behest of the Sharif family. Mr Dar had later retracted the statement claiming that it had been extracted under duress.

Following the October 1999 military coup, retired General Pervez Musharraf had implicated PM Sharifâ€™s family in three corruption references including the Hudaibya Paper Mills case. However in 2014, an accountability court had quashed the reference.

The case came to the forefront when a five-judge bench, headed by Justice Asif Saeed Khosa, took up the Pakistan Tehreek-i-Insafâ€™s plea seeking Mr Darâ€™s disqualification as finance minister on charges of facilitating the Sharif family in allegedly laundering Rs1.2bn.

The sources in the JIT said the SECP had provided the investigation team the annual returns, financial reports of the Hudaibya Paper Mills, details of its authorised and paid-up capital each year, and details of shareholders as well as owners and directors.

They said the SECP had also provided original reports of audited accounts of each fiscal year, reports on the financial health of the paper mills, details of taxes deposited with the exchequer and details of various transactions.

The JIT had earlier obtained from the National Accountability Bureau (NAB) investigation reports, certified copies of the Hudaibya Paper Mills case and attested order sheets of the accountability court as well as copies of proceedings of the Lahore High Court (LHC), the sources said, adding that the State Bank of Pakistan (SBP) had also shared details related to the Hudaibya Paper Mills.

The JIT on Monday also examined a reply from Qatari ex-PM Hamad bin Jassim bin Jaber Al-Thani. The JIT had written letters to the Qatari prince on May 19 and May 27, requesting his availability to record a statement in connection with the Panama Papers probe.

The prime ministerâ€™s legal team had produced two letters from the Qatari prince in a bid to establish a money trail of the London properties.

In November last year, the Sharif family revealed that the four London apartments were purchased through offshore investments involving a member of the Qatari royal family. A letter written by the Qatari prince claimed that the London properties were purchased from the proceeds of their real estate businesses in which the prime ministerâ€™s father, Mian Muhammad Sharif, had invested 12 million dirhams in 1980.

In a recent communication with the JIT, Sheikh Hamad stated that he owned the contents of his previous letter, the sources said.

During the hearing of objections raised by the prime ministerâ€™s son regarding two JIT members, the apex court had remarked that if the Qatari prince did not testify or own his earlier letters, the investigation team could discard the evidence.

The JIT had also examined legal aspects of Sheikh Hamadâ€™s reply, the sources said, adding that the investigation team had examined the possibilities of recording his statement through a video link, dispatching a team abroad or discarding the statement as a last resort.

The sources further said that the JIT would place this matter before the apex court during the hearing to examine the JITâ€™s fortnightly progress report on June 7. 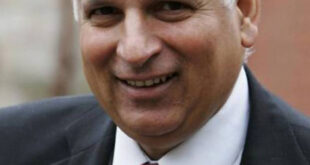