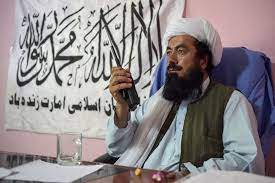 Umar Khalid Dar
The world has not yet recovered from the shock of the quick collapse of Ashraf Ghani’s regime and capitulation of the Afghan National Army (ANA) though they had the most advanced military equipment at their disposal besides the support of the US forces and NATO allies who were still in Afghanistan. A comparison is being drawn with the withdrawal of Soviet forces from Afghanistan that began on 15 May 1988 and ended on 15 February 1989. It was a well-planned operation and not a rout that allowed the government of Dr. Mohammad Najibullah to survive for another three years after the end of the Soviet occupation. No chaos and mismanagement were observed then as was witnessed at the Kabul airport. Had it not been for the Taliban taking over the security of Kabul, such chaotic scenes would have been witnessed in the entire city. The predictions made by the USA administration about ANA taking control of the security of Afghanistan for many years, if not months, to come fall flat. Nevertheless, the USA failed in its responsibility of providing security to the general public, for which they were in charge for the last 20 years. Concentrating their armed forces in the airport, leaving the Kabul residents to defend themselves raises a big question mark on the USA planning and foresightedness and a doubt on its status of being a world superpower. On the contrary, the Taliban have proved their statesmanship by not only providing security to ordinary Afghans but also to foreign forces by keeping their part of the deal of not attacking them. The Taliban have also shown no haste in announcing their government and have indulged in extensive talk with their staunch enemies like Abdullah Abdullah, Hamid Karzai, and the other War Lords. Though Ahmad Massoud, son of slain Tajik Leader Ahmad Shah Masood has declared his intention of forming an anti-Taliban alliance in the Panjhshir valley, the Taliban have not attacked him even when the majority of military experts are suggesting that it is an easy target for the Taliban to neutralize. Moreover, the Taliban enjoy other advantages like regional powers – China, Russia, Iran have already shown willingness to accept the Taliban government as legitimate ruler as well as some close confidantes of Massoud, such as Abdullah Abdullah, are in liaison with the Taliban. The Taliban have also vowed not to take revenge from anyone even though Afghans strictly follow the Pukhtunwali, the honour code of the Afghans, which asks for revenge (Badal) to settle old scores and where, as narrated by Winston Churchill, every family cultivates its vendetta; every clan, its feud. … Nothing is ever forgotten and very few debts are left unpaid. That’s why even Hashmat Ghani, brother of the deposed President Ashraf Ghani, is suggesting that Afghans need to accept Taliban rule. Some commentators in the western media are arguing that the world should not accept the Taliban as legitimate rulers of Afghanistan as they are not the true representative of Afghans, and have not participated in any election. This point of view needs to be analysed further. The question arises here if the liberal western democracies are the only form of an acceptable government model? Or is it possible to accept the fact that other models in the world are successful too? History has proved that there is no single governance model in the world that is universally acceptable. The same opinion has been shared by Germany’s Foreign Minister Mr. Heiko Maas recently in Islamabad where he said, “In the West, in the international community at large, we have to ask ourselves if military interventions are suitable to export a form of government which we prefer. This was not successful in Afghanistan.” China has provided one alternate solution where one strong party has been ruling for the last many years without proper elections. It would be unfair to disregard the achievements made by China in the economic, political, and social fields in those years. The democratic model of China is different from that of the USA and Europe. The reason this model has been successful for China is that the history, culture, tradition, societal norms, and national conditions of China are different from that of the USA and Europe. Therefore, every nation and state have its dynamics, and the government that suits their environment should be adopted. Afghanistan should be no exception. Afghanistan has always been a tribal society with strong local leaders leading their tribes. Afghanistan cannot merely duplicate the western liberal democratic model. And that has been proven in the last 20 years where every election created more wedge and rift between the tribes and political instability. Afghanistan is a multi-ethnic country with more than a dozen ethnic groups. To enable all ethnic groups, minority groups in particular, equal political, economic, social, and cultural rights, an all-inclusive government must be formed by the Taliban. All-inclusive does not mean that power is shared with the people belonging to previous regimes but that members from all ethnicities must be represented in the government formation. Talented fellows from the previous regimes should also be accommodated if they can follow the Taliban leadership ideology. Loya Jirga, the council of the elders, must be consulted to form a national constitution and to settle national or regional issues. Pakistan, Turkey, Iran must take the first step in accepting the Taliban’s government as and when it is announced. China, Russia, and other Muslim countries must follow suit as well as the rest of the world. Financial security should also be provided to the Taliban and China can play a major role in that. Slowly but surely, Afghanistan would find peace and stability and in return, regional harmony and prosperity could be ensured.