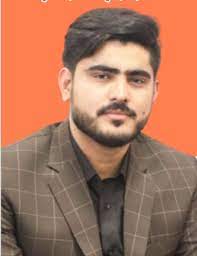 Hajira, (Special Representative): Kamran Bashir Gorsi, a candidate for the Legislative Assembly, addressing a crowded press conference in Hajira, said that there is no need for any post for public service. We came with a mission of service and will carry out this without any position. In the next five years, love has been spread in the hearts of the people by eradicating hatred in the constituency. I am not convinced of the community’s commitment. I will put an end to this scourge. The projects that were started will be completed in any case. The people across the constituency deserve congratulations who fought hard in the most difficult of circumstances and on July 25, the debating independent candidate made a new history by casting 9,000 votes in my favor. I will be deeply grateful to them. I am thankful to the administration for holding the elections in the best possible environment and taking special care of law and order. I will do my best to fulfill the expectations expressed by the people of the constituency. I will show more work than ML. Mushtaq Ahmad Mohib, Adnan Sardar, Muhammad Riaz Gorsi, Haji Umar Farooq Chughtai, Badr Munir, Sardar Sikandar Hayat, Sheikh Tariq and others were also present on the occasion. Addressing the press conference, Kamran Bashir Gorsi said that he was grateful to the Election Commission for ensuring free and fair elections but it is a pity that instead of changing the polling scheme across the constituency to facilitate the voters, people were put in trouble and people had to go far to cast their votes. He said that he was approaching the Election Commission for recount. Kamran Bashir Gorsi congratulated the newly elected Member Assembly Sardar Amir Altaf on his victory and said that he hoped that he would meet the expectations of the people and the people of the constituency and will solve problems.