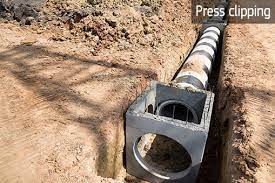 KARACHI:  Sewerage system of pipri villages like Dur Muhammad Colony, Khuda Bukhsh Gabol village, Muhammadi Colony, Mureed village, Shah Nawaz and others has become totally damaged due to what filthy and malodorous water of sewerage has entered into the houses and streets of villages and on the other hand water supply motor is also out of order from some months which has increased problems of residents including water shortage in area.
In this regards leader of Buzrig Committee Pipri Shafi Muhammad Hakro, STP Malir Leader Muhammad Yameen, Social activist Imam Bukhsh Gabol, Wahid Bukhsh Turk and others told protesting that sewerage system of pipri villages has been flopped entirely and filthy water entered into their houses and stagnated in streets cause of that their life has become hell.

They said that they had met with Deputy Commissioner and Administrator of DCK Ghanwar Ali Laghari and Cheif Officer Ayaz Hameed Balouch 8 months ago regarding pipri village’s issues and submitted application where they assured to resolve the issues with in fifteen days and promised to recover demaged sewerage system and provide new water supply motor but motor has not been provided to them yet even restoration of sewerage system of villages is also delayed.

They further said that they have reminded many times to Administrator and Cheif Officer of DCK against of which they ordered sanitation In charge Mushtaq Mato and Engineer Imdad Solangi who refused to resolve the issues of pipri villagers.
They further said that if their villages issues are not resolved within a week then they will become compelled to go to court against mentioned DCK officers.

Parliament Times - June 23, 2021 0
Lahore,  (Parliament Times) : In line with the Clean and Green Pakistan initiative of Prime Minister of Pakistan, the National Transmission and Despatch Company...