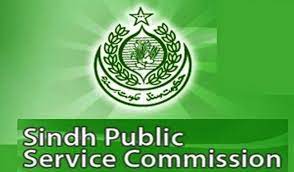 This refers to the report on, (third June). When court announced it’s verdict of, cancelling all results of CCE- 2018 . The reforms to eliminate corrupt practices are highly commendable but, yet Justice has not prevailed, is condemnable. The SPSC, has already an iffy image, now after court’s verdict uncertainty amidst aspirants has escalated further. The courts attempt to prevail justice, has rather affected meritious, talented and law- abiding candidates. However, the Justice that bites talent is no more Just. Due to SPSC uncertainty candidates were already under depression. And for now, all their efforts gone in vain, as result of unfair and unwise judgement of adjudicators; which has brought chaos among affected one’s. Prior to this, the non-meritious practice that held before, depicts the grim picture and total dismal of SPSC. Surprisingly, the court, rather punishing the perpetrators, has subjected candidates to suffering. Hence, the honourable court has kept the water- filled pot on fire until it burns and erupt into another consequences. Apparently, it seems that a panic of uncertainty among people might grow, if it’s not dealt Justly and wisely. The relevant authorities has completely dashed to ground, in triumphing the fair over unfair. The entities involved, must be inquired thoroughly and immediately. Thus, Justice should be served to CCE-2018 candidates and decision must be reviewed.