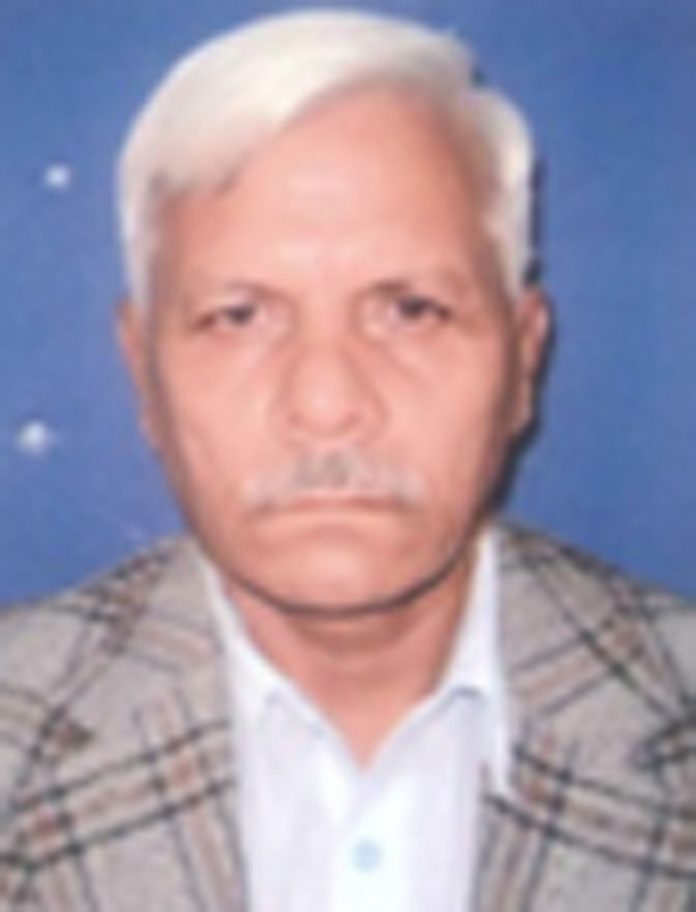 Malik Muhammad Aslam Awan
Democracy has nymphean florescence but it has certain drawbacks and vacuums to entrench novel ideas, given broader discussion to explore inherent weakness of Governance. Great debate might have far-reaching repercussions on the evolution of democratic norms and the marvellous success of good governance, an oft-repeated slogan and frequent envisioned dream. Amazingly we see pleasant dreams but unfortunately work least for the realization of sweet dreams. Those nations who don’t have a vigilant surveillance on past and present deeds, never have the impetus to go ahead. What earned and lost in past and present is the guage to assess the follies made in past. Great debate on our failures and successes is preliminary effort to have the excellent governance and endeavor to embark upon expedition, to be a unique nation of the world, who have the ability to conquer land of wonders, have mythic achievements. Although only three clauses out of 63 have left to be the part of recognized human rights. Sages of the ages manifest unanimous opinion that the Magna Carta is the mother of modern day human rights code. Today Magna Carta is considered the most important document of modern democracy. In reality the conclusion of Magna Carta was the initiation of human rights, changed from time to time to tailor these basic human rights to the changing requirements of the time. The first version of Magna Carta was issued in June 15, 2015 at Runnymede, agreed upon between the King John and the rebel barons. The Magna Carta declared that the King the barons and the masses are subservient to laws, even King had to follow the law of the land and none of the masses will be deprived of his civic rights, the right to exist freely, the widow will not be forced to remarry and his property will be exclusively within his lawful domain, none would be inflicted upon, outlawed or forced to leave his property. Each and everyone being the part and parcel of civic society, will have the access to law and Justice even the peasants who prior to the signing of Magna Carta could have access to Justice through their lords only, would enjoy equal rights as that of others. Magna Carta is the first human rights document which has the pioneer and cornerstone importance in democratic history. Having the least part in existence now, it had not lost its primary importance. Being the first document to demarcate legal bounds that everyone including the King is subject to law of the land and everyone has the right to Justice and right to fair trial. Magna Carta, which is, also, called Magna Charta, illustrated amply that code of human rights is the foundation of a civilized society and the law of the land is a code which is equally binding upon all individuals, even the King. Later on with the changing times the civic rights were defined to tailor to the need of the time. USA and U.K, including all the democratic countries give Magna Carta great importance at the time of elaborating the human rights, Magna Carta exercised great influence on the constitutions of USA, U.K and other democracies of the world Coming to cynopsis we can rightly stuck to the point that Magna Carta, the great charter, played a pivotal role in the definition of civic    rights which the civil society cannot be deprived of and oft quoted saying that everyone is equal in the eyes of law finds its origin in the Great Charter. If the state or any of the state functionary endeavours to transgress upon the individual rights it means that the state is incapable to protect the rights of the individual and heading rapidly towards law lessness, making the people helpless, insecure in their own homeland. In Pakistan human Rights are frequently violated by individuals and groups, even state functionaries who have taken oath to guard the interests of the state and rights of the people. Sometime noting the frequently violation of human rights, one is forced to develop an opinion that where is the writ of law? Are law enforcing agencies heading towards utter failure or clandestinely safeguarding the rights of the privileged class. Civil servants owe their allegiance to state and their first and foremost incumbency is to safeguard the interests of state and its inhabitants, strict enforcement of writ of merit and law is their primary obligation, when the writ of merit and law is weak before the privileged, the rotten state of affairs precedes to overlap the rights of common man. To safeguard the human rights of people establish the writ of merit and law and make the law equally applicable even on the ruler and the ruled, to curb nepotism and malpractice, misuse of official authority, misappropriation of state kitty the most reverberating voice of the time is to constitute a Judicious forum, where a lengthy debate of all stakeholders, ulemas, thinkers, political workers, civil society high-brains, including down trodden segments representatives, be conducted, which must be Judged by neutral high-brains to demarcate line of action and make a visible frame-work and list of measures to be taken, after determination of the weaker points of the walls of citadel of state, where the disgruntled and selfish and dishonest public officials and groups of people and politicians attack to thrash it down to make the writ of law and state diminish. After the great debate the State, the nation and civil service might have a visible destination and goals to achieve. Great debate will certainly prove a landmark in the good governance and a welfare state, our endeared state of Madina. Versatile reforms derived from the conclusion of great debate may be conducive to bring the new era.