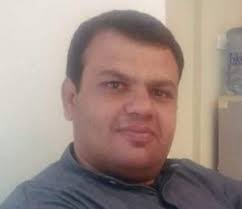 Naseebullah Achakzai
The president of America Mr. Joe Biden has announced the US withdrawal from Afghanistan by 11, September 2021,which was due by May 2021,as per the agreement between the ex-president of America Mr. Donald Trump and the Taliban according to the Doha accord. With the exit announcement of Mr. Biden, the NATO, the UK, and Australian government also enunciated the pullout of their forces by September 11 this year. The announcement has arisen a hot debate about post_withdrawal scenario in Afghanistan. Multitudinous challenges are ahead. The Doha agreement which had two phases is still incomplete. The first phase of the US withdrawal has been on the way but the second facet of theIntra_Afghan talks has been postponed due to the differences between both parties. This is a huge point of concern and a prerequisite for sustainable peace in Afghanistan after the US pullout. The form of government, the constitution, the interim government, women’s participation in politics and their rights, the dissolution of the Ghani government and the participation of the Taliban in the political process had been the apple of discord during the Intra_Afghan peace dialogue. In the midst of these obstacles, the US pullback might not prove successful. Until and unless these are solved, the future of Afghanistan looks bleak. History is witnessed that after the USSR,s withdrawal, the post_exit  Afghanistan was plunged into chaos, instability, violence, political turmoil, economic downfall, and a pathetic situation of socioeconomic indicators. The tug of war weakened the states,s stability, its institutions and infrastructure. The pertinent drawback was the devastation of the Afghan economy which further provided fuel to the already pathetic situation of poverty, inflation, drug abuse, unemployment, and piteous health and education systems, which are still prevailing. The people of Afghanistan and the region are paying the price of the failure of nation_building.The onus of responsibility is on the shoulders of the Afghans themselves, the UNO, and the USA. The Afghan leadership has to realize that war has never been the option for peace and stability in their land. The time has come to acknowledge that becoming the frontmen of the outsiders at any shape is fatal for their own fate. It has brought nothing but destruction. They ought to ascertain that they themselves have to work for nation_building. They should use their energies in cementing the governance and the institutions of their country rather than becoming the proxies of other states, engaging themselves in the tug of war and violence. Both parties ought to sot together for compiling a productive plan of increasing tax base, creating jobs, economic growth, etc. The 21st_century demands innovations, technological advancement, internal stability, sustainable economic growth, and peace in a country, which have been lacking in Afghanistan. Presumably, the US withdrawal is a welcome step but its abruptness would prove cataclysm not only for the Afghans themselves but also for the region. If the terrible flow like that of the USSR withdrawal (without concerning post_withdrawal scenario, particularly without the proper plan for nation_building of Afghanistan and its socioeconomic developments) is repeated, the pretension of a peaceful Afghanistan cannot consummate. After the withdrawal, the US should train the Afghan Army more, equip them with advanced technologies, and it can also help in the recovery of the Afghan Air force which the US failed to do so during the past 20 years. Uncertainty still persists. The Intra_Afghan talks have been postponed. Both parties are reluctant in adopting give and take policy. The USA and the world are reticent over the post_withdrawal internal peace scenario. If the Intra_Afghan mediations do not take place, the tug of war is inevitable between the Taliban and Ghani government. In that scenario, the civil war in Afghanistan cannot be ruled out. The UNO has to be involved in the post_ exist scenario. The UNO and the regional players must convince the US for a productive post_withdrawal development scheme (exceptionally for socioeconomic, military) of Afghanistan. They also persuade both the Taliban and the Afghan government for starting a win_win dialogue. And not let this peace opportunity fail. Key responsibilities are on the shoulders of the UNO. It must call a world conference over the post US exit strategy for nation_ building on Afghanistan. The need of the hour is that the UNO should establish a special working group on Afghanistan, who should work for the development of the war-torn state. It would be a wise step for the UNO to deploy its peacekeeping force in Afghanistan and declare it a neutral state. Afghanistan matters. The poor Afghans have paid the price for the sins which they have not committed. It has been in the grabs and clinches of  foreign involvement, proxies, and uncertainty for decades. The US and its allies have announced to withdrawal after 20 years of involvement in an unwinnable war, after spending trillions of dollars, the devastation of Afghanistan, thousands of deaths and casualties. What has done, done. Sanity demands that a coherent plan for the socio-economic development of Afghanistan after the pullout is the need of the hour. If the grave blunder as that of the USSR exit is adopted, the dream of sustainable peace in Afghanistan and the region cannot effectuate.