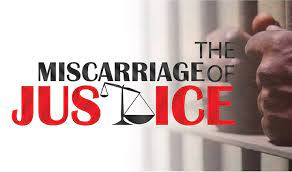 Waqas Ahmad
A society cannot exist without justice. Without justice living in a society is quite difficult. Every country has its judicial system, Pakistan is also one of them. The legal system in Pakistan leaves much to be desired because many cases are dagging down for decades. The sluggish judicial system of Pakistan is apparent which needs to be improved. However, when it comes to capital punishment which is irreversible, the lacunae in the justice system become more apparent as they concern matters of life and death. The judicial system of Pakistan needs many reforms which should be promptly implemented. One of the recent cases is highlighted the need for urgent reforms of the justice system as a whole. Mohammed Anwar who was convicted of a murderer was given the death sentence after 28 years. Convict Anwar was a juvenile; when he committed the offense. He was arrested in 1993 and sentenced by the lower court in 1998; therefore, his case made its way sluggishly through the judicial system. In the meantime, a presidential order was notified in 2001 granting special remission in capital punishment cases to juveniles under the juvenile justice system ordinance 2000. Although, Anwar applied for his death sentence to be converted in life term as the presidential orders were issued, and his juvenility has just been confirmed; the boy has been mercifully spared the gallows. It is noticeable that his large chunk of life has spent behind the bars this is not only the case many more such grave miscarriage of justice may emerge. Anwar’s case also highlights the prompt need for improvement in the investigation and trials. There is no justification for keeping a person behind the bars for three decades.