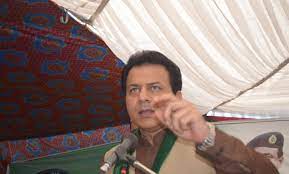 RAWALPINDI,   (Parliament Times)  : Chairman Tehreek-e-Jawnan Pakistan (TJP) Mohammad Abdullah Gul in a statement today condemned the indiscriminate killing of anti-terrorism court judge Aftab Afridi and his family in Swabi in broad daylight. He said if judge not give the death penalty to criminals, then the national criminal? And if the Judges, give death penalty then including their families, are killed like Aftab Afridi. He said that nowadays in the world, the names of the judges hearing dangerous cases are not revealed but a code is given and there is a glass wall between the judge and the accused online or in the courtroom. He said that even before this, Nabi Sher Junejo was assassinated on the road in Karachi but still the government has failed to punish their killers. If judges continue to be killed in the same way, no judge will hear the case of dangerous accused and even if he does, he will delay in giving a verdict. He said that KPK police had failed miserably to protect a key judge. He added that there should be legislation to keep the names of judges of serious cases secret. Is the judiciary an important pillar of the country? The government should arrest the killers and bring them to justice so that no one dares to attack the judge after that.