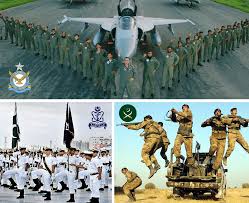 Dr Fahim Abro
There is no doubt that Pakistan is a miracle of God and it would be correct to call the forces of Pakistan miraculous. After creation of Pakistan, a misconception arose in the mind of the enemy that Pakistan is a weak country and its forces do not know how to fight and in 1965 the blind and proud enemy in its power attacked Pakistan. At that time the world felt that Pakistan would be wiped off the world map forever but Pakistan’s enemy did not know that he made the biggest mistake in history? and the Pakistani forces ruined the enemy’s arrogant decision to have morning tea in Lahore? by sacrificing their lives, miraculously defeated the enemy, many times bigger than them, by mixing them in the impure intentions. When the superpower the Soviet Union came to Afghanistan, trampling the world under its feet like a drunken elephant, and its next sign was the warm waters of Pakistan, it was totally unaware that there was Army with a miracle and jihad faith in its heart Pakistan Army is waiting for then the superpower of that time was broken as easily as a child breaks his toy by Pakistan army and after its break-up, Central Asian countries came into being, where millions of Muslims are still living freely according to Islam. After 9/11, the United States invaded Afghanistan but America’s real target was not Afghanistan but Pakistan. Therefore, unconventional war and terrorism were imposed on Pakistan to weaken and break Pakistan but Pakistan’s enemies have not learned a lesson from the Soviet war this is a testament to the miraculous capabilities of the Pakistan Army in today’s world. When the United States and the world were being defeated by terrorism and unconventionalism? At same time, due to the combat capabilities of the Pakistan Army began a series of successes and broke the back in the shortest period of the long-running terrorism and unconventional war in Pakistan. Now the enemy had no effect and is trying unsuccessfully to impose Fifth Generation War and Hybrid War on Pakistan? On which Pakistan’s forces are working successfully by ISPR and the same success is acknowledged by Pakistan’s enemy countries specially during the tenure of Ex: DG ISPR Maj: General Asif Ghafoor who single handedly failed the war of misperception against Pakistan so wonderfully Now that Miraculous Pakistan Army became the 10th strongest army of the world? This is a source of pride for all of us.

Thousand of people tie Turban on heads But, the deserving are lesser in number