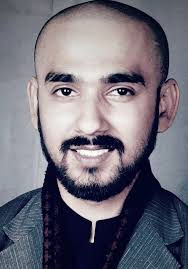 Mujeeb Ali Samo
This refers to the warnings deliberated by American Intellectual Avram Noam Chomsky during his lecture at Habib University by Yohsin the lecture series is 6th. Noam Chomsky is 92 years old with vast experience writing more than a hundred books on language, politics, history, philosophy, critics and social political subjects. It is his second time that after 20 years passed he is delivering lecture to the student of Habib University at Karachi online. His deliberations on four-terminal threats to humans are very catastrophic. They are a nuclear threat. Pakistan and India are at the cross board. They will be the cause of destruction to the world if they go for war. The second is an environmental threat which is leap cause of destroying south Asia. We as Asians have endured in the shape of moonsoon floods this year. The third threat is the transformation of democracy in the worst structure. Where the chauvinist Modi through his fascist ideology is depriving the Muslims at Kashmir by revoking Article 370 and 35-A from the Indian constitution. The fickle Trumpism ideology as American first has shaped the populism and jingoistic mindset in the name of democracy. The social and liberal democracy is at stake during these populist politicians. We can not expect even better from forthcoming president of United States of America, the demcratic Mr. Joe Biden. The fourth is the Covid-19 pandemic catastrophe which is not as severe as the three are unceasing terminal threats to humans. Covid -19 pandemic can be tackled with precautions and by the prevention and the use of the vaccine as the china and the other countries have experimented. Covid- 19 pandemics have proved disastrous for those countries who have ignored its effect. These countries took it lightly kike Japan, Russian, France, U.S, and India. The question is that why developing like ours is not learning from the other countries who have left the precedents. Noam Chomsky is warning that the nuclear threats, liberal and social-democratic transformation to populist mindset, and the environmental changes can bring permanent destruction to humanity irrespective of his faith and nationality. Noam Chomsky is a living intellectual who possessed vast experience. Be cautioned he pemenant threat to Pakistan in he shape of divergence from science. They are inclined towards the religious matters and drifting from scientific discovery. His deliberations to international shift in the nuclear, democratic, environmental, and the pandemics are very catastrophic. The world needs capable leaders who work to restore humanity first then the other means of the state. If not then we will make this world doomsday. Where there will be no Muslim, Christian, Hindu, Jew, etc.

(- The writer is a freelance columnist, based in Larkana.)