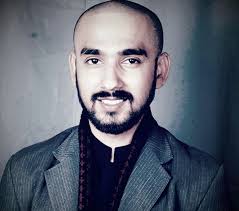 Some fourteen centuries ago, the whole of mankind had witnessed the birth of the last Prophet Muhammad (peace be upon him) at Macca during 571 A.D. His father died before he was born and he was raised first by his grandfather and then his uncle. He belonged to a poor but respectable family of the Quraysh tribe. The family was active in Meccan politics and trade. Many of the tribes living in the Arabian Peninsula at the time were nomadic, trading goods as they crisscrossed the desert. Most tribes were polytheistic, worshipping their own set of gods. Muhammad was the prophet and founder of Islam. Most of his early life was spent as a merchant. At age 40, he began to have revelations from Allah that became the basis for the Koran and the foundation of Islam. By 630 he had unified most of Arabia under a single religion. As of 2015, there are over 1.8 billion Muslims in the world who profess, “There is no God but Allah, and Muhammad is his prophet.”  He was spotless in character and perfect in personality took birth on this earth. He is an ideal and role model for the rest of the world. The last Prophet Muhammad (SAW) has never supported injustice and inequality among humanity. He rather taught all mankind to live as brothers and maintain peace and excel in all sectors of prosperity.   There are umpteen examples where The Last Prophet Muhammad (saw) ordained the whole of mankind and particularly the Muslim ummah to treat one another with equality and justice. He treated the none Muslims fairly and invited them to the fold of Islam with rational teachings of Islam and said them pay homage to the Lord of this Universe. He became the leader of Muslims and other faith bearers during his stay at Medina Munwara at migration. The last Prophet Muhammad (SAW) had never been in vengeanceeven though his paternal uncle Hamza and other disciples were martyred during the battles of Abwa, Badr,  Uhad and the Hanan, etc. He rather pardoned them and sought them to come to the fold of Islam with no resistance and coercion during the conquest of Macca. The last Prophet Muhammad (SAW) is the epitome of peace, prosperity, and justice. Since his demise, many centuries have passed he stands as a unique example of brotherhood, equality, justice, and faith. He is even praised and idolized by none Muslims as a perfect person in this mortal world. The Michael Hart in his book the hundred most influential persons of the world has eulogized him as unconquered and undisputed. He placed Him first in a position to the sequel of the most influential persons of the world. The last prophet Muhammad (SAW) is the most-liked and admired person in this entire world. His traditions are guidance for the rest of mankind and the and entire creation of the world. He is the first who gave a constitution to the man i.e charter of Madina. Where all humans of either faith Muslims or non- Muslims have to live with justice and equality. He had never despised humans other than the people who have become infidels and hypocrites. It is heart-wrenching for the rest of humans and particularly the people of Islam faith when their last prophet Muhammad (SAW) is disrespected with meme posters and the caricatured drawings. Since it is the propaganda of the ill-faith western people who hurt the feelings of Muslims and wanted to create disorder In the world.  Muslims and the other people’s  faith equally respect the position of The Last Prophet Muhammad (SAW). There are certain swine and scoundrel people who fear the revival of Muslims to their past glory. So they are the cause of creating the sentient and do the acts to blaspheme The Last  Prophet Muhammad (SAW) so that Muslims stand as rebellion.  The last prophet Muhammad (SAW) had never humiliated the person to agonize him so that he becomes hurt physically and mentally suffer. The western maneuver his stead position in the world with utter evil intention to hurt the Muslims so that they become aggressive and resist with the dispute. This inept plan of the west is becoming successful in creating disorder and chaos in the world by hurting the feelings of Muslims. The whole ummah stands firm to condemn the hate speech of France president Emmanuel Macron who instead of despising the act of blaspheming and contempt the concept of Islamophobia. FRENCH President Emmanuel Macron believes that “Islamists want our future”.  He supported the right of freedom of expression of an individual and had not condemned the guilty.  We as Muslims and Humans first condemn the act of killing a teacher in public by a Muslim brother but he must have been brought to the law for persecution for not availing the case into the court of justice as designed by the French government. , but, we also condemn the act of disrespect  Prophet Muhammad (SAW) who displayed the drawing in the class so as to hurt the feelings of Muslim students.   There can be no justification for murder but neither can the extremist actions of a few be made the basis of tarring an entire community — by a national leader.

(-The Writer is a Freelance Columnist, based in Larkana.)

Poor maintenance and bad conditions of Mirpurkhas Parks and Playgrounds

CPDI launches report on state of budget transparency in Pakistan