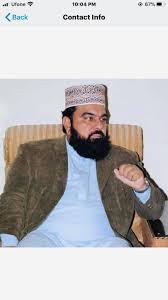 Islamabad, (Parliament Times)  : Mufti Gulzar Ahmad Naeemi, President of Jamaat Ahl-e-Haram Pakistan and a member of the National Minorities Commission, has said that the government is making serious efforts to promote religious values and religious coexistence in the country. During the month of Rabi-ul-Awwal, there is a need to promote forgiveness, tolerance and brotherhood. He was talking to Dr Sardar Muhammad Tahir Tabassum, Ambassador for Peace and Harmony Think Tank Institute of Peace and Development INSPAD President and Syed Arif Hassan, Founder Chairman of Patriotic Association of Private Schools PAPS. Talha Zubair, central leader of Ahl-e-Haram Youth Wing was also present in the meeting.
Mufti Gulzar Ahmad Naeemi said that Islam teaches us forgiveness, love of religion and country and tolerance. Reconciliation and harmony between sects is an important need of the hour. Many elements are trying to stir up sectarian strife in the country. They will never allow these tactics to succeed. For this, national unity and solidarity is urgently needed. The leaders invited him to attend the Nishan-e-Insaniyat Awards ceremony on October 31, which will be attended by Federal Minister for Religious Affairs Dr Pir Noor-ul-Haq Qadri and other important national figures.