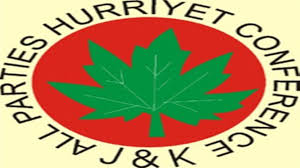 Srinagar, : All Parties Hurriyat Conference (APHC) expressed continued concern over the oppression unleashed upon people especially the youth ,their arbitrary arrests and the violation of basic human rights in J&K . It said such measures aimed at silencing the voice of the people and their basic rights will only increase resentment and retaliation.

APHC said it condemned the slapping of notorious Public Safety Act (PSA) on three school teachers of an educational institute Siraj-ul-Uloom Imam Sahib of Shopian and registering of cases against five other teachers and the use of brute force and merciless beating of youth in Old Barzulla, Rambagh and Rawalpora as reported in the newspapers , by the Army.

The conglomerate said the reason behind the political uncertainty, intimidation instability and the atmosphere of intimidation and fear in Jammu & Kashmir since 1947 is the lingering Kashmir Issue . “Till this dispute is not peacefully resolved as per the principles of truth and justice , in accordance with the wishes and aspirations of the people of Jammu & Kashmir, there is no guarantee of improvement in situation in the region,” it said.
In the statement, the conglomerate reiterated its demand that the authorities release the APHC chairman Mirwaiz Moulvi Muhammad Umar Farooq and all other political leaders, activists and youth who were arrested before August 5, 2019 and after and are lodged in jails in and outside Jammu & Kashmir.

“No any Muslim can compromise on dignity, honor of Holy Prophet – Muhammad (S.A.W)”, AJK President