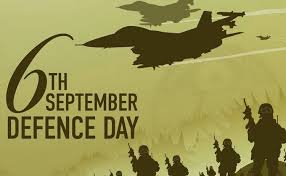 Farhana Kaleem
September 6, the day when a country driven by its hostile motives attacked on a country six times smaller in size. Indian army attacked parts of Lahore and Sialkot before dusk of 6 September 1965. This was the start of an 18 days long war between two neighbours who got independence 18 years ago. Pakistan army with support of its nation gave a befitting reply to Indian army. We as ONE NATION competed our enemy. Pakistan Army was lesser in size and weaponry but it was matchless in terms of patriotism and bravery.

International Women’s Day- A Glimpse on exertions of Pakistani Women

Aurat March and Our Patriarchal Society

International Women’s Day- A Glimpse on exertions of Pakistani Women

Kashmiris begin preparations to celebrate Pakistan Day on March 23 with...