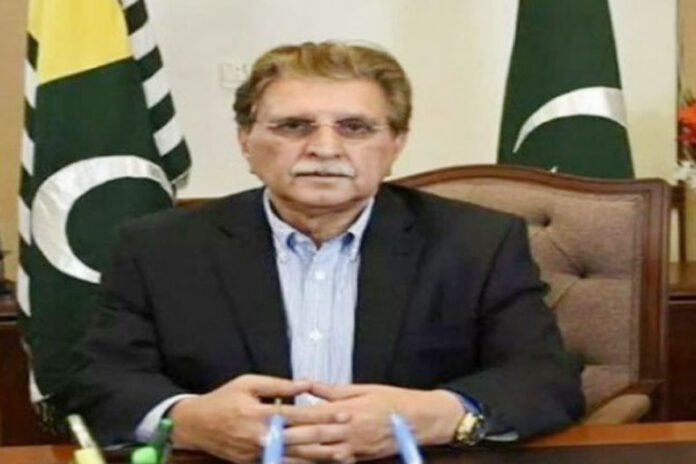 Demonstration of quality professionalism by Defense Forces Of Pakistan defeating India in 1965 war to be remembered on Sunday,

In a message on the eve of the Defense Day of Pakistan, falling on 6th of September – Sunday, he said on Saturday that the historic day reminds us of the symbol of enduring display of unity, indomitable courage and unmatched sacrifices by our gallant soldiers who on this day proved to the world that country defense is impregnable .

The Prime Minister said that the Kashmir people are proud of the sacrifices offered by the valiant Armed Forces for the defense of the motherland and added that Pakistan Armed forces is one of the best forces in the world and fully capable to defend the ideological and geographical frontiers of the country.

Pakistan Armed forces is a symbol of pride and respect for the Kashmiri living on the both sides of the line of control he added.

He said after 5th august the Indian forces have intensified its atrocities and unleashed the reign of terror on innocent and unarmed Kashmiri people of occupied Kashmir to suppress the legitimate struggle of Kashmiri people for their right of self determination.

The Prime Minister said that Indian forces have also targeted the innocent civilians on the line of control, however the Indian forces will not be able to crush the freedom struggle with the use of military forces and Kashmiri will continue their struggle with full force and such tactic on the part of Indian forces is found to fail.

Women in IOK standby with their brethren in attaining their fundamental right to self determination ; Farooq Haider

Universal Women Day observed in AJK with renewed resolve to raise and maintain the high image of women folk.

Women in IOK standby with their brethren in attaining their fundamental...

TJP AJK fully participate in elections and will be part of...