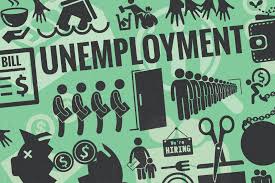 Imtiaz Essa Halepoto
Unemployment is a persistent menace to Pakistan since her independence day. According to researches, 3 to 4 million people in country are currently unemployed; but, It would go to hit 6.65 million till 2021. Thus it causes negative impacts; social, psychological and economical on lives of citizens. One of the biggest reason behind unemployment is the rapid growth in population. Pakistan is the 6th most populous country with a population of 222 million and by area wise 33rd in the world. Every year population increases at a percentage of 2.1 and almost same proportion come in labour force stream
and this massive increase in population add 3 million potential workers to the labour force annually. One can observe the culture of Nepotism and favoritism everywhere in Pakistan. Irrespective of the fact, whether you are looking for a job in the private sector or public sector. The culture of Nepotism (Sifarish) exists there. Such social evils are also one of the major reasons for unemployment. People, who are hard working, well-educated and well-skilled, don’t find a good job because they don’t have any reference or sifarish. Recently, Pakistan is facing serious financial crisis which is resulting in a rapid
increase of dollar rate because of the insufficient balance of payments. Pakistan stock exchange is also facing a downfall. The demand for labor has decreased due to the backwardness of industries, the industrial sector is accommodating only a small number of people. On the other hand, insufficient growth in the industrial sector can also be seen. The causes behind this are shortage of capital and investment in the country to build new industries. To address unemployment, Government should earnestly take steps. Sifarish culture should be eliminated from Pakistan and jobs be given on merit
basis. Technical, vocational education should be catered to those unemployed people.

Changing the higher educational institutions (HEIS) Universities across the Pakistan

There Would be No other Like Her (Noor Jahan)

Infinix to partner with Sony for proved Camera lenses

Parliament Times - September 24, 2020 0
Islamabad:  (Parliament Times)   If you are a tech freak like us, we have got some excellent news for you! Rumor has it that Infinix...

Changing the higher educational institutions (HEIS) Universities across the Pakistan

There Would be No other Like Her (Noor Jahan)