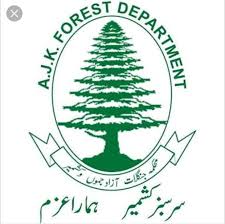 Over ten million saplings to be planted across the State,

MIRPUR (AJK):   (Parliament Times)    The monsoon tree plantation drive is in full swing across Azad Jammu Kashmir during which over ten million saplings are targeted to be planted throughout the liberated territory, official sources said.

The sources told this Correspondent on Sunday that the tree-plantation campaign was simultaneously been launched last month by all the related government functionaries including the AJK Forest Department for which all necessary arrangements for distribution of saplings through the stipulated points across AJK have already been made since the advent of the campaign.

The sources said that the target of planting ten million saplings across AJK during the campaign has been fixed by the departments. Of these over a million saplings will be planted in Mirpur division comprising Mirpur, Kotli and Bhimbher districts.

The sources further said that to meet the target and to protect plants in future, people belonging to all walks of life including employees of public and private sector organizations, NGOs, students and other members of the civil society would be engaged in this campaign. The saplings will be made available free of cost on all the official nurseries of the AJK forest Department and the sales points.

The State Forest Department has invited the people including the students and the staff of the nation building institutions to enthusiastically participate in the campaign by planting maximum trees in their respective areas to make the drive complete success.

Britain-based Pak, Kashmir Diaspora community resolves to always remain at each forefront to assist the homeland at each tough time : GPKSC Raja...

UN has failed to hold India accountable for HR violations in...

Pakistan can no longer tolerate politics of division and mayhem; Governor...