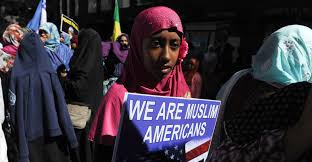 “Muslims across the world persecuted, abused and murdered by Muslim and non-Muslim
regimes.”
What is happening to Muslims around the globe? I would like to start from my country Pakistan
Islam is the state religion of Pakistan, and about 95-98% of Pakistanis are Muslim. Pakistan has the second largest number of Muslims in the world after Indonesia.The majority are Sunni (estimated at 75-95%) with an estimated 5-20% Shia. Here Muslims are also facing some issues like Sectarian violence in Pakistan between the Shi’a, Barelvis, Sunnis ( Sipah-e-Sahaba, the Tehrik-e-Taliban Pakistan) Sufis, Deobandis. As 4,000 people are estimated to have been killed by Shia-Sunni sectarian attacks in Pakistan between 1987–2007.
Gender Discrimination in Pakistan: Gender equality is a central component to development. Yet Pakistan currently ranks the second lowest country in the world for gender equality, according to the Global Gender Gap Index. Pakistani women are more than half of the total population, but women are treated inhumanly within their homes by their husbands or dominant males through different ways like Domestic Violence, Sawara, Vani, Karo Kari, Honour Killing, Acid Throwing, Forced Marriages etc. Gender discrimination is also deeply rooted in Pakistani society in education and employment sectors. pedophilia in Pakistan: unfortunately Child sexual abuse is disturbingly common in Pakistan. Here Muslims are dying due to unemployment, poverty, psychological problems( suicide), pollution and terrorism. Now come to the international level, in every country Muslims are facing worst time either in east and west. In india Indian officials
are blaming an Islamic group for spreading the virus, and Muslims have been targeted in a wave
of violence. Young Muslim men who were passing out food to the poor were assaulted
with cricket bats. Other Muslims have been beaten up, nearly lynched, run out of their
neighborhoods or attacked in mosques, branded as virus spreaders. Kashmir is
becoming another Palestine by Indian army. In china, “Religious belief is seen as a pathology”
China Is Treating Islam Like a Mental Illness The country is putting Muslims in internment
camps and causing real psychological damage in the process.Israel continued to impose institutionalized discrimination against Palestinians living under its rule in Israel and the Occupied Palestinian Territories (OPT). Israeli forces killed many
Palestinians, including children, during demonstrations in the Gaza Strip and West Bank; many
were unlawfully killed while posing no imminent threat to life. Iraq is also facing human
violation. Muslims in Iran, Syria, Egypt, and Saudi Arabia in particular live under tyrannical
regimes, ruthless dictators, murderous military juntas, with their most basic civil liberties and human rights denied.
The fate of Muslims in their own homeland and in another land is not particularly
sound.
What is this? What is going on? What does it all mean?
Undoubtedly in everywhere Muslims are facing hardships, tortures, expulsion, killing and harm is a matter which causes sorrow to every Muslim may Allah protect our muslim ummah and give us strength (ameen).
Iqra Sial

Are China and Russia Strengthening Iran?

The Only Prime Minister of Pakistan, From Balochistan Mir Zafarullah Khan Jamali