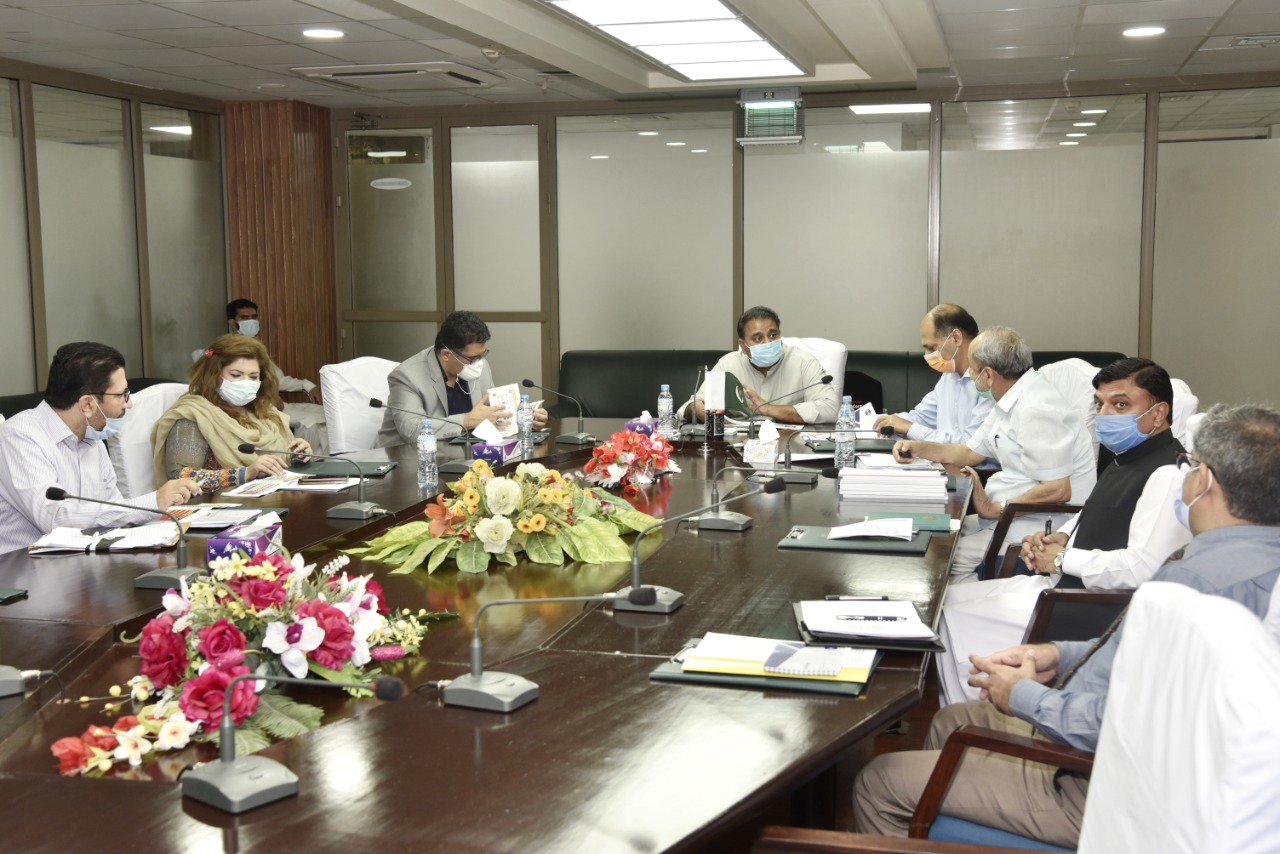 ISLAMABAD: (Parliament Times)The Executive Director of the Commission on Science and Technology for Sustainable Development in the South (COMSATS), Dr. S. M. Junaid Zaidiin a meeting with the Federal Minister for Science and Technology, Mr. Chaudhry Fawad Hussain, briefed about the ongoing programmes and activities of COMSATS in various fields of science and technology for the benefit of its Member States, including Pakistan. Mr. Fawad who is also the ex-officio Chairperson of COMSATS’ Consultative Committee.The meeting was also attended by Capt. (R) Nasim Nawaz, Secretary Science & Technology,Dr. Hussain Abidi, Member (Science and Technology), MoST; Dr. Ahsan Feroze, Director (IL), Pakistan Science Foundation; and other high officers of COMSATS Secretariat and Ministry of Science and Technology. Dr. Zaidimade a detailed presentation on COMSATS and its programmes. He informed that COMSATS,being an inter-governmental organization based in Islamabad, is the apex forum of science and technology forthe developing countries represented by Heads of State/Government in the Commission. Other important organs of the organization are Minister-level Consultative Committee; Heads of Centers of Excellence-level Coordinating Council; and Technical Advisory Committee.It was informed that Hon. Nana Addo Dankwa Akufo-Addo (President ofthe Republic of Ghana)is the current Chairperson of COMSATS, which currently has 27 Member States and a Network of 24 International S&T Centres of Excellence. The Executive Director apprised the Hon. Minister regarding the capacity building programmes, International Thematic Research Groups (ITRGs),South-South & Triangular cooperationendeavors; national, regional andinternational collaborations; scholarship&fellowship programmes, etc.He stated that despite having limited resources, COMSATS has made enormous contributions in the fields of science and technology in Pakistan via its flagship projects including COMSATS University Islamabad (CUI – established in 1998 that is a leading educational institution in Pakistan); COMSATS Internet Services (CIS – established in 1996 as pioneer internet services provider in Pakistan); and COMSATS Telehealth Services (CTH – initiated in 2001 as pioneer e-health service in Pakistan). The Executive Director also deliberated upon the plannedprogrammes and initiatives of COMSATS for sustainable development of the member countries. The COMSATS’ Centre for Climate and Sustainability (CCCS) is one such initiative which has been taken in order to promote regional and global partnerships for climate action and sustainability in which over 15 countries are participating. It was recalled that COMSATS is also acting as aconduit between Governments of Pakistan and China for establishing an S&T Park in Jhelum, Pakistan.The future plans of the organization also include establishment of the COMSATS Innovation Lab in Islamabad; upgradation of CIS; provision of wireless broadband services for socio-economic development in Azad Jammu and Kashmir (AJK); Distance Learning Support Network; establishment of 50 Rural Telehealth Clinics in Pakistan; and promotion of Science, Technology, Engineering and Mathematics (STEM) in Pakistan. It was informed that the possibility of establishing new universities on the lines of CUI in other member countries is also being explored. The Federal Minister appreciated the efforts of COMSATS for promoting science-led sustainable development in Pakistanand other member countries. Hereiterated that Pakistan will continue to play its role as an active member of COMSATS and shall also contribute towards multilateral cooperation through other international forums. Being the Chair of COMSATS Consultative Committee, the Hon. Minister advised that a meeting of the Consultative Committee be organized virtually amid physical restrictions due to Coronavirus outbreak. He stated that Pakistan is ready to support COMSATS’ member countries as well as other developing countriesin COVID response through sharing expertise and providing PPEs. The Hon. Minister shared the plans of the Government of Pakistan for next three years and sought collaboration with COMSATS member states particularly in the areas of agriculture, electronics and chemical sciences. The Hon. Minister took keen interest in COMSATS Scholarship Programme, and advised COMSATS to give priority to the underprivileged brotherly countries. The Minister and Secretary MoST alsoexchanged views with Executive Director COMSATS on various other issues including the strengthening of CIS, enhancing the effectiveness of CCCS, establishment of the Innovation Lab, and development and management of Science &Technology Park in Pakistan. Heacknowledged and appreciated the COMSATS’ Telehealth programmefor providing essential medical services in the rural areas of Pakistan. He advised to expand the scope of Telehealth services in Pakistan and other member countries.The meeting concluded with the FederalMinister’sofferoffull support towards the activities and programmes of COMSATS.