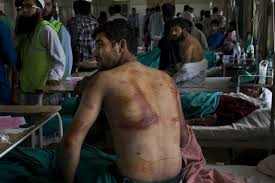 Dr. Waleed Rasool
History of human beings is testimony that who so ever struggled to be free from the clutches of
occupation used to be shabby in terms of manpower and resources. Furthermore, it is also a bitter reality

India’s Real Face Has Been Exposed

Letters to the Editor