All resources being utilized to contain spread of coronavirus: Dr Firdous 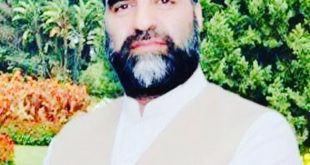 By Faisal Munir,
ATTOCK:    Two members of a family, including a child died while Three others were injured when the roof of their mud house collapsed at Nilhad village, Teshil Pindi Gheb, District Attock on Friday.
According to the official of Rescue said due to the continuous rain, the roof of a mud house collapsed. As a result 26-year-old Robina Bibe and his daughter Three-year-old Areqa were died on the spot. While Three others were injured. They were sleeping in a room of their house. When it’s roof caved in due to heavy rain. The injured where shifted to the Hospital.