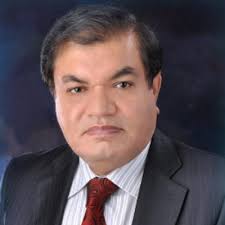 Balanced agreements will provide some relief to the masses and reduce the cost of doing business which will increase production and exports, he said.

Talking to the business community, the veteran business leader said that electricity is costly in Pakistan as compared to the regional countries which have many disadvantages including costly production.

The former minister noted that a flawed power policy was made a few decades ago in which national interests were compromised for personal welfare. Private power producers were allowed to use any fuel to generate electricity and they were offered unbelievable rates as well as relaxations.

He demanded a focus on renewable resources to generate electricity which will provide clean energy and save oil import bill.

Parliament Times - August 11, 2020 0
ISLAMABAD:     National Minorities Day was observed on Tuesday to honour the services and sacrifices rendered by religious minorities for the country. The day is...

Don’t blame the system only!

NATION REMEMBERS TO HEROES OF PAKISTAN ON INDEPENDENCE DAY