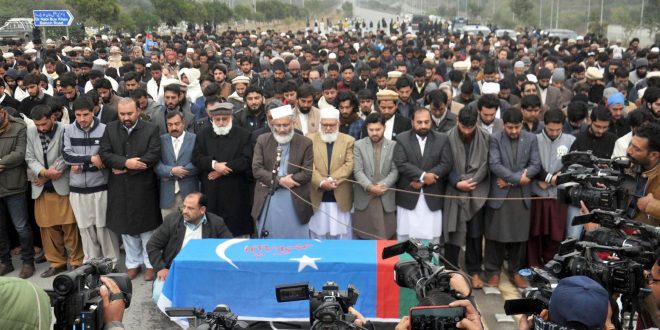 Pic13-046 ISLAMABAD: Dec13- Ameer Jamaat-e-Islami's Senator Siraj-ul-Haq and others offering funeral prayer of student Syed Taufail as after the fight that broke out between two student unions by reason eight others sustained critical injured at the International Islamic University Islamabad (IIUI) in federal capital. ONLINE PHOTO by Sunny Ghouri 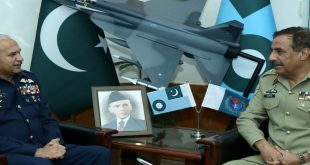 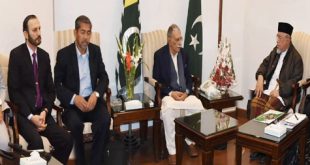 Islamabad, (Parliament Times): Jamaat-e-Islami’s Chief Senator Siraj-ul-Haq has said that attack on the students of International Islamic University Islamabad was pre-planned move.
While addressing the student gathering after leading funeral prayer of Islami Jamiat Talba leader Syed Tufail-ur-Rahman at IIUI on Friday, he demanded arrest of master minds as well as those involved in the killing of the IJT leader He said that the conspiracy was hatched to create unrest and anarchy in the institution. He held the university management equally responsible for the attack, questioning who allowed the attackers to enter the university with weapons. Three JI workers were killed in a broad daylight in Muredki a few days ago and now the miscreants took life of the young student, he said, adding the incidents are the proof of the government complete failure to protect the lives of the people.
A law of jungle is prevailing in the biggest province of the country.
Siraj rejected the statement of the local police official who termed the incident a result of a clash between two student organizations. He said the police and university administration are intentionally trying to hide the facts.
“The miscreants attacked the peaceful exhibition and a large number of the students were eye witness to it. An ethnic group which was active in the IIUI under patronage of university administration is involved in the act of violence”, he added. Siraj, however, urged the IJT members to exercise restraint and be patient. He also warned the government not to test the patience of the students and put the criminals behind bar. He regretted that educational institutions and hospitals are under attack and rulers are posing as silent spectator.