JKLF to start ‘indefinite’ sit-in, if Govt. does not remove barriers

October 7, 2019 International News, Kashmir Comments Off on JKLF to start ‘indefinite’ sit-in, if Govt. does not remove barriers 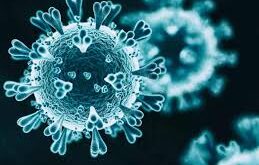 Muzaffarabad:   (Parliament Times)    The chief spokesman of Jammu and Kashmir Liberation Front Rafique Ahmed Dar has said that participants of Peach March who have reached Jaskol village near Chakoti last night will go for an indefinite sit-in till the AJK government removes the hurdles to let the marchers move on or brings there a high level team of UN Security Council.

“The sit-in will continue unless the government of Azad Kashmir removes the hurdles, allows the marchers to proceed towards the ceasefire line or brings there a team of the permanent members of the UN Security Council, so that we could handover charter of demands to them”, Dar said while addressing an important press conference at a makeshift tent at Jaskol village.

Dar who is also special representative of the JKLF chairman Yasin Malik was flanked by central party leadership including the acting chairman Abdul Hameed Butt, Saleem Haroon, Touqir Gilani and several others.

Pertinently, the peace march, with tens of thousands of participants, started on 4th October from AJK’s southern district Bhimber, has reached Jaskol village last night just a few miles behind the Chakoti. This is for the 3rd time since 1990 that the pro-independence group (JKLF) has organized such a huge and impressive rally that has caught the attention of local as well as international media.