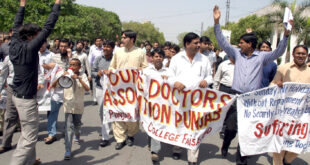 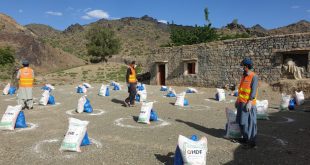 ZHOB: ‘Pakistan is the 5th top producers of Chilghoza (pine nuts) in the world, having 15% share in the world’s pine nuts production. If appropriate steps were taken the country has a potential to become leading producer. Koh-e-Sulaiman forest contains the world largest pure Chilghoza forest spread on 3000 hectares’.

This information was shared by Value Chain Specialist Yahya Musakhail while speaking at the launching ceremony of a four-year project titled ‘Reversing Deforestation and Forest Degradation in High Conservation Value Chilghoza Pine in Pakistan’ implemented by Food and Agriculture Organization of the United Nations and finance by Global Environment Facility.

Yahya Musakhail in his welcome remarks said that with the financial support of GEF, FAO has launched its project to restore degraded forests, improve and manage the Chilghoza forests in the hilly areas. It would also help to promote value chain development for generating sustainable income for local communities from Chilghoza products. Moreover the problems related to harvesting and the causes behind the deforestation will also be reviewed during the coming four years.

“The newly-launched project will work closely with local communities, government departments and other stakeholders. An important component of the project is related to the implementation of Chilghoza forest landscape conservation, restoration and value chain development at community level. The project will bring around 30,000 hectares areas of Chilghoza forests under sustainable forest management through active participation of the local communities. This will also include 3600 hectares under Assisted Natural Regeneration and 800 hectare under agro forestry and farm forestry,” he said.
Musakhail said despite the fact that the forests play an important role, providing both ecological and environmental services besides being a credible source of income for the local communities, but due to increase in population, lack of alternative livelihood opportunities, illiteracy, poverty and negligence on the part of local people, thousands of nut-producing trees have been chopped down in the past for firewood and construction purposes. That resulted in negative impacts of climate change.

‘If timely and concrete steps were not taken, the remaining forests will also be disappeared in near future besides the worst climate change effects’, he warned.

Moreover he said to meet the livelihood needs, the local people start harvesting Chilghoza before the right time. He also imparted the knowledge and using toolkits for improved harvesting cones without harming the tree. He asked the people to avoid traditional method of harvesting and collecting Chilghoza cones.

‘Chilghoza is grown in the forests up in the Sulaiman mountains and it is the biggest pure Chilghoza market in the world, from where the most expensive dry fruit is being exported to neighboring China and other parts of the country’, adding In Balochistan, the world’s largest pure Chilghoza forest is found within the Suleiman Mountain Range with 0.7 million trees. Around 130,000 kg Chilghoza nuts collected from the forest with estimated market value of Rs 540 million (3.60 million USD) last year.’ He explained.

Notables while expressing their views said that during the harvest season, they are facing water shortage, first-aid facility, lack of road and transportation facility.

DC Azeem Kakar on the occasion emphasized on collective interest instead of individual and a sense of responsibly as he termed it extremely important for the development process. He assured the organization of full support in services delivery and forest conservation. DFO Sultan Lawoon briefed the participants about the measures taken by the department for the protection of forests.