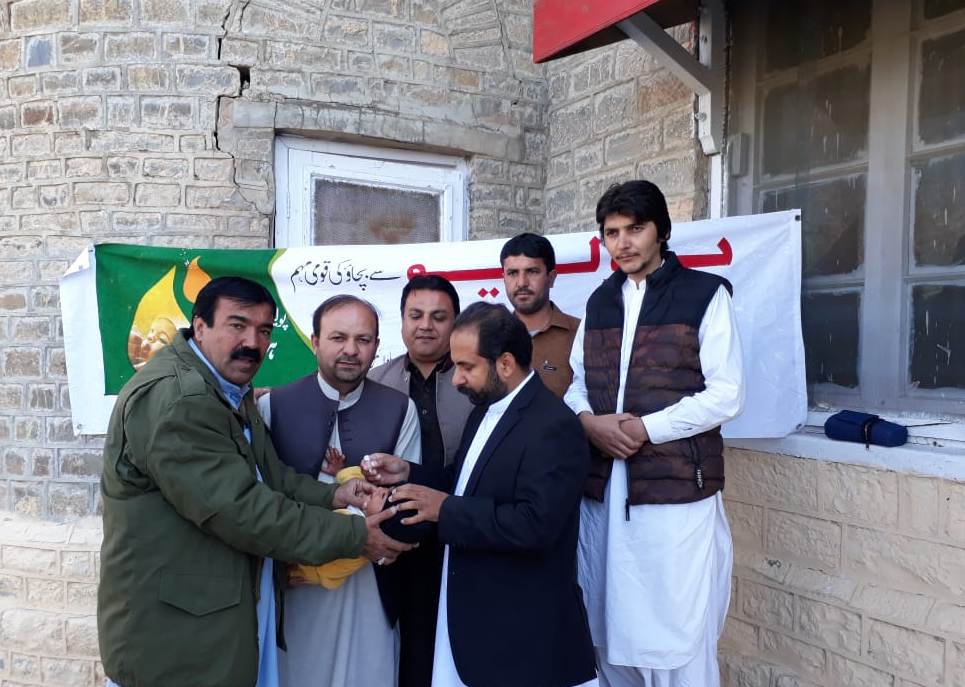 ZHOB: “The recent anti-polio drive that began today will be more effective and well organized. It will be ensured that every child is vaccinated. All available resources would be utilized to stave-off the paralyzing disease,” vowed Deputy Commissioner Abdul Jabbar Baloch during the inauguration of the three-day anti-polio campaign here at the historical point Castle on Monday. He administered anti-polio drops to children under five to inaugurate the drive in the entire district. The drive will be continued in 30 union councils of the district that falls in the route of Afghan nomads.
District Health Officer Dr. Muzafar Shah, Communication Officer UNICEF Samad Hariphal, N-Stop Officer Dr. Muhammad Amin and Kaleemullah Mandokhail were also present on the occasion.
Talking on the occasion Deputy Commissioner said that it was the top priority of the government, as efforts were being made for complete eradication of polio from the country. Resultantly, there has been a significant improvement.
“Negligence on the part of officials will not be tolerated at all. Those officials and health workers showing leniency would face strict legal action,” He warned.
According to the officials at District Polio Control Room the targeted population is 68310 including nomad children.
Communication Officer UNICEF Samad Hariphal said that polio is a disease that cripples a child for the entire life. He asked the educated segments of the society to sensitize the parents about the crippling nature of the disease.
Zhob falls in the international route of Afghan nomads, pass here twice every year. They (High Risk Mobile Population) are considered to be the biggest carriers of poliovirus.

PDM will continue to make plans and the government will complete...