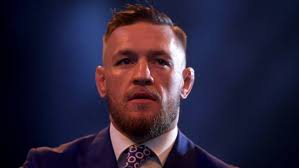 Dublin: Conor McGregor admits he did not prepare correctly for his loss to Khabib Nurmagomedov – but will return to UFC with his “confidence high”.
The Irishman tapped out in the fourth round in their October bout at UFC 229 in Las Vegas as he made his return to the octagon after a 693-day absence.
McGregor, 30, says he made errors at a “crucial time” as the Russian retained his lightweight title.
“I end up beaten fair and square,” he said, analyzing the fight on Instagram.
Nurmagomedov’s manager Ali Abdelaziz suggested a rematch with McGregor would not happen as the Russian’s team have “moved on”, and the defeated man says he is now prepared to fight the next in line.
“I will be back with my confidence high. Fully prepared,” he added.
“If it is not the rematch right away, no problem. I will face the next in line.”