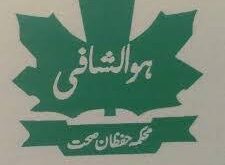 RAWALAKOT: Prime Minister Azad Jammu and Kashmir (PM AJK) Raja Farooq Haider Khan has said that an efficient accountability system would be acquaint to build confidence in masses and co-operation of lawyers is certain in this favor.
Prime Minister expressed his view while addressing an occasion organized under auspices of District Bar Association Poonch here on Monday accompanied with Deputy Speaker Sardar Farooq Ahmed Tahir, Ministers Dr. Najeeb Naqi, Member Kashmir Council Malik Pervaiz and others.
Speaking on the occasion, Prime Minister said that government of AJK is determined for the advancement of justice system within the state, we have increased the quantity of Judges Vacancies in High court and their appointed would only base on Merit before long, Prime Minister said adding that we will not leave lawyers destitute, their complications including medical assistant would be fixed on priority.
Prime Minister admired the role of Justices in AJK, he stated, “I am grateful to Chief Justices of Supreme Court and High Court for their co-operation in mentioning all appointments of district and session courts through Azad Jammu and Kashmir Public Service Commission.”
Prime Minister reiterated that the main aim of this administrative unit in AJK is to ease public and it is construed by incumbent government. “Food Testing Laboratory will be established soon in AJK with estimated cost of 160 million rupees; we are endeavoring to change the structure of State that has become a welfare trust for 85 thousand public sector employees only.” Prime Minister maintained.
While speaking regarding Mian Muhammad Nawaz Sharif’s unflinching support for AJK, Prime Minister said, “Mian Muhammad Nawaz Sharif doubled the development budget of Azad Kashmir and he always endorsed our stance; he wanted to steer Pakistan in developed countries and we will standby with him in every restraint against him.”
Prime Minister on his tour of Rawalakot announced the establishment of Tehsil Headquarter Hospital, Water Supply Scheme, Town Committee and Cricket Stadium. “We will recondition the roads and ‘TararKhal’ that will connect to Rawalpindi, representative of this constituency KB Khan is the most vibrant and sensible politician in AJK politics for 47 years.” Prime Minister added.
Prime Minister in his visit to Central Bar Association Poonch announced the grant of 1 million rupees for bar room in Rawalakot and a road from ‘Khai-Galla’ to ‘Toli-peer’. 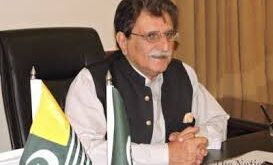