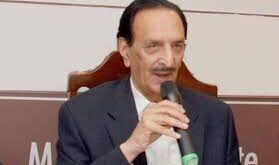 ISLAMABAD: Leader, PML-N Saira Afzal
Tarar said on Tuesday that continuity of democratic process was
imperative for prosperity of the country.
Talking to Radio Pakistan she said, the maturity
shown by PML-N after current crisis was unprecedented adding consensus
of everybody on Shahid Khaqan Abbasiâ€™s name showed that he was a
competent person.
She said very few members of parliament were capable, loyal
and experienced genuinely and Shahid Khaqan Abbasi was one of them adding he had decision making power and he well aware about implementation of his decisions.
Leader, PML-N Maj. (R) Tahir Iqbal also said â€œWe are
making rapid decisions to avoid any delay in developmental
projects as there is a short time left in coming elections and we
do not want to waste any time.â€
Shahid Khaqan Abbasi was a seasoned politician, who had a
long struggle in the party.
He had successfully completed LNG terminal in record time which showed his competence, he added.
Leader, PML-N Nazir Muhammad added â€œWe always say that
all the developmental projects under the tenure of Shahid Khaqan
Abbasi will continue.â€
PML-N was an ideological party, which believed in rule of
law.
Shahid Khaqan Abbasi was a competent person. He would win with
majority, he added.

Share
Previous India too much perturbed over disqualification of Nawaz : Musharraf
Next Turkey coup trial: Almost 500 to appear in court

Islamabad:    (Parliament Times)    The world has turned into a global village as the …