Kovind sworn in as President of India 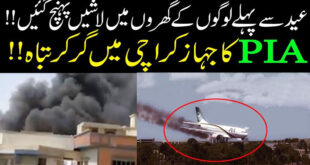 Trump to withdraw US from ‘Open Skies’ treaty

New Delhi: Ram Nath Kovind was on Tuesday sworn in as 14th President of India.
71-year-old Kovind was administered the oath of office by Chief Justice of India JS Khehar in Parliament’s Central Hall.
While pledging to protect and uphold the Constitution, President Kovind promised to uphold the values of justice, independence and equality, Indian media reported. Addressing members of Indian Parliament and various dignitaries, including Chief Ministers and diplomatic corps, the President said, “We would be completing 70 years of our Independence soon.
He said we are also well into the second decade of the 21st century, a century that so many of us intuitively believe will be an Indian century, guided and shaped by India and its accomplishments

ISLAMABAD : Pakistan is well prepared to combat an impending attack of crop-eating locust from …