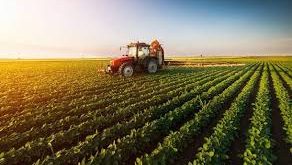 The Afghan Taliban had urged new US President Donald Trump to review his predecessors’ policies towards Afghanistan, insisting that the US and its Nato allies had failed to achieve anything in the war in Afghanistan. Trump is yet to unveil his Afghan policy. According to a report, The US still has nearly 10,000 troops stationed in Afghanistan who were involved in training and advising Afghan security forces. Former US President Obama had earlier planned to cut the number of US forces to 5,500 by 2016. A statement issued by Taliban pointed out that the US and its allies from nearly 50 countries had failed to achieve anything in 16 years despite killings, bombings and imprisonments. Billions of dollars were spent and thousands of troops were lost and injured. “In January, the next US president will assume the most solemn responsibility of the commander-in-chief, security of the United States and the safety of the American people. The decision I am making today ensures that my successor has a solid foundation for continued progress in Afghanistan as well as the flexibility to address the threat of terrorism as it evolves,” Obama stated in July last year.Obama admitted in December last year the US could not wipe out the Taliban insurgents in Afghanistan and the situation in Afghanistan was still tough.Saying goodbye to Quadrilateral Talks or blaming Pakistan failed to put an end to the horrific bloodletting. Continuing instability in Afghanistan combined with uncertainty about the days to come brought together Pakistan, Afghanistan and Russia to consider how to jointly cope with the fallout of the situation in Afghanistan, particularly the rise of ISIS. When Afghanistan complained about being left out of the talks the three decided to invite Kabul also to join the group. There is a likelihood of Iran also joining the talks. Afghanistan – supported by four regional countries – has a better chance to achieve peace provided Kabul take a realistic appraisal of the situation.It is in Pakistan’s own interest to ensure that no terrorist network is allowed to use its territory as a launching pad. Pakistan needs to urgently clear the inaccessible areas along the Pak-Afghan border of terrorist remnants. Afghanistan should stop anti-Pakistan propaganda that can harm attempts at conciliation between the two countries. While Kabul prepares to interact with Taliban it has to realise that the Taliban are hard bargainers and any conciliation would have to be based on ground realities rather than wishes. The need of the hour is to devise a trust building mechanism where such kind of statements should especially be avoided to be pronounced on the international platforms. Otherwise the recurring hurling of blames only emphasizes the fact that Afghanistan is itself more responsible for the hiccups in the peace process and for jeopardizing the future prospects of its success. Afghan Government and United States should cooperate with Pakistan in eliminating terrorism from the country as instability in Afghanistan put negative effects on Pakistan. Joint Cooperation is needed to tackle this common enemy and Afghan government should review its policy. 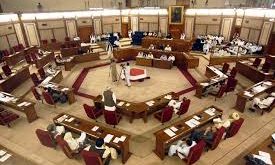