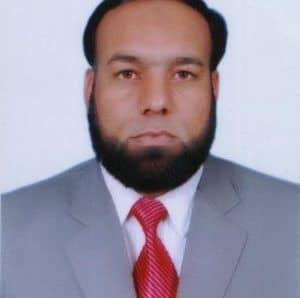 Mr. Javed Iqbal having done his higher education and with the rich experience he gained in the civil service, he launched his own Publication House in 1998. Now he is the Editor-in-Chief and Publisher of the prestigious English newspaper, The Parliament Times that is circulated and trusted nationwide in all major cities of Pakistan.

Mr Mohammad Saqib is a renowned journalist and his contribution towards the freedom of press is widely accepted. Mr Zia has been the Editor of Parliament times since its inception and his brave and true reporting has played a significant part in the reputation of the Daily Parliament times newspaper among the general public. Inspite of several death threats he continues to work bravely.

Mr Abdul Wajid received his early education in his native village. He obtained matriculation from Rawalpindi. Later he joined Government College, where he completed his Intermediate and Bachelor of Arts education. He received his Masters degree from the University. He joined Parliament times as a News editor and is continuing to excel in his field of expertise.

Currently working as Resident Editor with Daily Parliament Times, Khizar Hayat is Muzaffarabad based journalist with diverse background in both print and broadcast media. His career began in 1991 with a reputed national English language daily newspaper of Pakistan â€˜The Newsâ€™ and later he joined Geo TV.

He is also contributing to many local, regional and national newspapers, magazines and web sites. He was one the participants of Conflict Reporting Workshop of Thomson Foundation UK, during which he travelled to UK and Northern Ireland to study the history and genesis of the conflict there. Â Â

Mr. Rasheed Ahmed is highly skilled journalist and article writer. He completed his Degree from Islamic University Bahawalpur. He started his carrier as journalist from Daily the Pakistan Times Lahore in 1990.

He shifted From Lahore to Islamabad in 1994 and joined Radio Pakistan as Script writer.

He has also been writing   articles for different English and Urdu News papers for a long period on different topics specially foreign policy.

He worked for Different newspapers and enjoyed almost all beats of reporting but his favorite beat is international /diplomatic affairs He has vast experience in covering National and International assignments. He has also travelled several times to almost all European Countries and also Eastern countries to attend conferences and seminars.

He is working with Daily Parliament times as Reporter International/diplomatic affairs.