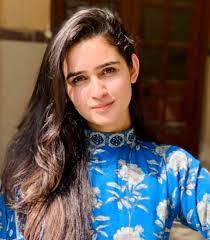 Nimra Manzoor
We got Pakistan in two pieces a thousand miles apart. We were two different people United only by religion. Our social norms, culture, language, traditions, eating habits, dresses, means of income, ways of living, were all different. But we could co-exist as two separate units under one federal frame work. But political leadership and military rulers were not capable of it. Mujib ur Rehman was to become the elected prime minister of whole Pakistan. Bhutto was too ambitious. He wanted to rule over the West part as a fascist like North Korea or China under one man. China evolved and progressed because its party has got a system to change its leader. Bhutto wanted his own legacy with a parliament of ‘Yes Men’. That ambitious and power hungry Bhutto played a destructive role all along his political career, alienated the Awami League in East Pakistan with his irresponsible rhetoric and turned a legitimate and democratic demand of AL into a secessionist struggle. Gen Yahya could not play his role neither understood the sensitivity of situation correctly. He too failed miserably, was a wrong man at wrong place. There a a dire need to hold extensive discussions on the subject in all available forums to identify the truth and put the record straight. Mujeeb was no traitor. By the time he was released from prison the situation had exploded to such levels where he had to go with the popular demand of separate homeland.It was Bhutto’s fallacies and self concocted political philosophies which prompted him not to accept Awami League massive electoral mandate instead his rhetoric further ignited secessionist emotions amongst Bengali leadership. Mujeeb was no traitor he never won elections on the point of liberation. He should have been given the right to form the Govt. Bengalis had and have a far superior political sense. State owe an apology to Sh Mujeeb for this injustice. The following events leading to breakup could have happened any where due to such injustice.Division of Pakistan/creation of Bangla Desh was the culmination of a decades-long process starting from the Founder’s proclamation of Urdu as the National language, spurred on by the principle of “parity” between the two wings, exacerbated by the refusal of accepting the majority rule after 1970 general elections, and, finally, the infamous, brutal military action initiated in March 1971.All who initiated and supported the military action are responsible.At the there is another perspective that East Pakistan was to separate from West Pakistan sooner or later. Muslim Bengal could not have won independence on its own and would have remained dominated by Hindu Bengal. Suharwady even tried an independent united Bengal to be vetoed by the Congress. An issue was needed for creation of Bangladesh. They were not ready in early years as they lacked in trained administrators, military and even business and industry. By 1970 they had all this plus their contacts with India. If Mujib had been appointed PM then it could have been postponed by a few years but at some economic cost to West Pakistan and that was not acceptable to the military. Bhutto and Mujib took very rigid positions, Had they shown some flexibility then things might have been different but basically the treatment of Bengalis by West Pakistanis was inevitably the major cause of a violent separation.