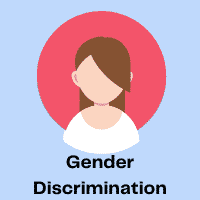 Alia Asadullah
1973 constitution of Pakistan’s Article 25 equality of citizens gives us the right that all citizens are equal before law. But in practical life the theory and practice are contradict with each other. Hence, we see in our societies discrimination on basis of genders. So females are never treated equally. They are being victimize in every sphere of life. Females are comprehend a burden for parents, families and societies. In every sphere of life, they are being victim such as domestic violence which is one of a main problem. A part from this, every violences where females are victimize. Even they are depraved from their fundamental rights. If they were given equality. They could play roles for development. Unfortunately majority of females are function less because of culture and religious restrictions and if they demand for their rights it will be consider as demand for immorality. From here it is far clear that the Article 25 has not practically applied in our state. That’s the reason , we have wicked and conservative people who does discrimination between genders. Thus if government pay attention to females for their equality then females can also play a vital role for development.