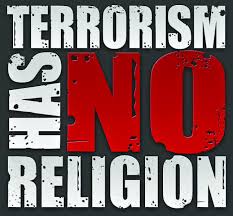 Menahil Shahzad , Nimra Zia
Our countryman’s heinous and savage act of killing and burning a Sri Lankan man in Sialkot brought not only Pakistan into dishonour, but also the Muslim ummah into disrepute. This was merely a demonstration of ignorance, not of love for our faith and religion, as our religion never supported such an act. Religion is an aspect of faith, yet we always exploit it for our own personal gain. This is not in accordance with the teachings of our beloved Prophet or Islam. Islam is a religion of peace and harmony, and it is against Islamic principles to take the law into one’s own hands based on a singlecharge. The Prophet (may the mercy and blessings of God be upon him) always guided us to peace and kindness. As it is narrated by Jarir binAbdullah (radhiAllahu ‘anhu): The Prophet (?) said, “He who is not merciful to others, will not betreated mercifully.” [Sahih Bukhari, Vol. 8, No. 42]. In the Quran, Allah also mentioned being merciful to His creations,no matter if they are animals or humans. The incident of Taif occurred when people became hateful towards Makkans and threw stones at theProphet (PBUH). Then an angel appeared and asked the Prophet forpermission to crashed both sides of the mountains so that all the people would be crushed to death. Prophet (PBUH) bleeding, still said‘No’, rather prayed in favor of those people: “Even if these people do not accept Islam, I do hope from Allah that there will be people from among their progeny who will worship Allah and serve His cause.” In this way, God defined Holy Prophet Muhammad (PBUH) as a “Mercy for All Worlds,” as God declared in the Qur’an: “We have sent you as a mercy for all the worlds.” (Al-Qur’an 21:107). But look at us. How brutal and shameless are we? We are taking lives,killing them just on the basis of blasphemy. Several such instances have happened in the country in the name of blasphemy, but investigations reveal that most of these incidents were the result of personal obstinacy or misunderstanding. We belong to the religion of Islam, which teaches morality that: “Whosoever kills a person, it should be as if he killed all mankind” (Al-Quran 5:32). Our country was characterized by kindness, affection, and harmony. Our hospitality was exemplified by the entire world, but whatever happened was against the teaching and morality of Islam. There is no tolerance for violence or extremism in Islam. We as a nation are shamed in the world while also drifting away from religion.
B