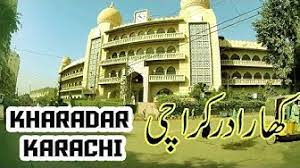 Sadia Ramzan
Kharadar is recognised as Karachi’s original core, however we, the residents of Kharadar, find it difficult to live here. We are dissatisfied with the party’s local body representatives and government’s performance since they have failed to solve our pressing civic issues. Some of the issues like broken and lightless roads, overflowing gutters, unending electricity loadshedding, unauthorised apartments, unemployed youths, sprawling rubbish bins, illegal parking without following traffic rules in residential areas, and a pollution-filled environment that the government leadership has been unable to address. Burglaries, robberies, and snatching have all increased dramatically. Unrest is brewing among the people, who are becoming increasingly restless, and this is ruining the image of the Pakistan Tahreek Insaaf, which won in Kharadar.The situation is critical, and it’s getting worse every day. However, I must emphasise that the difficulties in Kharadar are of political nature, and attributing them to law and order is merely the government’s attempt to save face. They must find solutions to our difficulties and make our lives a little easier