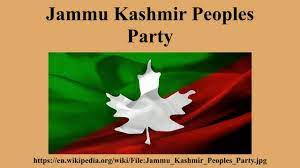 ISLAMABAD,    (Parliament Times) : A Jammu and Kashmir People’s Party (JKPP) has been barred by the court from holding the Central Convention on December 9 and holding new elections. The court issued a restraining order on the writ petition filed by the ousted party secretary general Abrar Ahmed Yad. According to details, Abrar Ahmed Yad, while filing suit in Civil Judge Dhair Kot Azad Kashmir, took a stand that J&K PPP was a constitutional and democratic party but party president Hassan Ibrahim Khan and self-styled chairman of disciplinary committee Syed Nishat Kazmi Advocate on the basis of likes and dislikes, in an undemocratic and unconstitutional manner, first suspended its membership and then canceled it and formed the General Council in constant violation of the Constitution, which severely distorted the democratic face of the party. Without completing the democratic process, the party’s central convention and the election of new officials are unconstitutional and illegal. Abrar Ahmad Yad, through senior lawyer Amjad Gardezi Advocate, requested the court to stay the unconstitutional convention and election of the party. Civil Judge Dheerkot Masood Ahmad Mughal, while approving the petition, issued a temporary restraining order against the parties subject to excuses and issued a temporary restraining order against the defendants against holding Jammu and Kashmir PPP Central Convention and election of new office bearers till next date. The court has directed the respondent to state his position before the civil judge Dhairkot court on December 22 if there is any excuse for the temporary stay of the restraining order. On the other hand, a Jammu and Kashmir PPP spokesperson has issued a press release to the media stating that the party’s central convention will be held on December 9 in Rawalpindi.

The members of the General Council will elect the President, Secretary General and Chief Organizer for a term of two years. According to Election Commissioner Sardar Altaf Khan, Member Legislative Assembly Sardar Hassan Ibrahim Khan for the post of President, Sheikh Javed Iftar for the post of Secretary General, Sardar Imtiaz Advocate, Sardar Taslim (Muzaffarabad) for the post of Chief Organizer, Chaudhry Shehzad Gulshan. Advocate (Kotli), Sardar Afraz Anjum (Hajira) ‘s requests were received which were examined and finally declared as complete. The General Council will formally elect on December 9 by ballot. This press release was issued by Central Secretary Election Commission Khan Amjad Khan from the party secretariat.