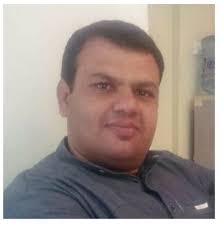 Naseebullah Khan
After the disintegration of the USSR, when American enjoyed the sole authority as a unipolar power of the world__it was obvious that new or more powers will emerge in the arena as a reaction to US imperialist policies. Since that, the world has been experiencing China as one of the rising nations which have turned the world into multipolar. The growth of the Chinese economy, its control of world markets, its advancement in technology, and its accelerated rise as military power have alarmed the US and its allies. Analysts observe that, if the Chinese economy progresses with the same phase, it will supersede the US economy by 2050. During the Pandemic the US GDP growth shrunk by 2.3 pc while China showed positive results. As per the observation of eminent economist Mr. Mahfooz Ali Khan, possibly China can overtake the American economy by 2030 in nominal values. As it has already surpassed America in PPP. So, to encounter rising china, the US has been in a struggle to encircle it by any means in which the establishment of alliances is the main focus. The Obama’s pivot to Asia, The Quad alliance, the five eyes agreement of intelligence sharing, which, the US has no plan to extend to Nine eyes by including India, Germany, Japan, and Korea, the B3W alliance, and the current Aukus agreement aims to confront China. Would this alliance be able to encircle China? Would the US allies in these alliances be in a position to surround China? These questions need analysis.These alliances are mainly focusing on intelligence sharing and military assistance, whereas, strategically, China has been rising on the economic front. This is a strategic game that has taken place especially in Asia is on the economic front rather than the military. A report published in the RAND in 2020 observed that in Southeast Asia, America has more military influence than China, at the same time, it observes that china has more economic influence than America. It further says that Chinese economic influence can weaken the American military influence.The question arises, would the US allies compromise on their economic interests with China for the accomplishment of American interests? The figure gesticulates the answer. Australia’s economy is dependent on China as in 2018 and 19, the destination of 33 percent of Australian exports was China whereas only 5 pc went to America. India china trade 90 billion which was set to 100 billion USD for 2021. At current, the destination of 22 billion USD Indian exports is China. Many countries of the EU are reluctant to join American alliances against China on the ground of their increasing economic interdependence. At present, China is the second-biggest trading partner. While EU is also the second biggest trading destination of China.The stride of China is economic whereas the US is concentrating on hypocritic policies of divide and rule along with military pressure. It had not worked in past with special reference to the US attack on Afghanistan with its main aim of encirclement of China, nor will it work in the future.The economic penetration of China in Asia and Europe will further accelerate to the middle east and Africa through its mighty OBOR. So long as the economic policies of China are almost based upon a win_win strategy in which both China and the receiving country enjoy advantages. Whilst, the US lacks such. The US alliances might not halt China as an economic giant