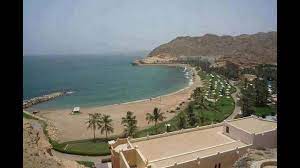 Sofia Abdul Qadir
Basically, Gaddani City is not a picnic point, but its sea-shore and Ship-breaking areas are picnic points. Approximately, it is 15 kilometres away from Karachi. According to a report, the population of Karachi in 2021 is around 17 million but still it has less than 200 parks with such a huge population. People of Karachi as well as other parts of the country are compelled to visit Gaddani for picnic, amusement, and enjoyment. Unfortunately, government of Balochistan is never concerned about Gaddani and has never taken any decision to take advantage from Gaddani. By constructing Parks, beaches, and places which are source of amusement and enjoyment, we can generate a huge amount of revenue from Gaddani as compared to tool Plaza. We, people of this area, can get many benefits from it, but unfortunately, due to lack of basic facilities in the area, we are unable to get those benefits. At last, I would urge government of Balochistan to take possible steps to construct parks and amusement places in Gaddani in order to make it a better tourism place for others